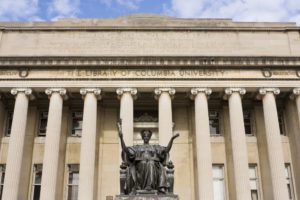 Columbia Investment Management Company, which invests on behalf of the endowment of Columbia University, announced Thursday that president and chief executive officer Pete Holland will leave his post at the end of September.

Holland took the top job in 2016, according to an earlier post on the school’s website. Before that, he served as the endowment’s chief investment officer. He worked for J.P. Morgan for 15 years, 10 of those with the U.S. Equities Derivatives Group, before joining Columbia in 2003. He is a 1987 graduate of Dartmouth College.

The post said Holland would “retire” from his position. Columbia did not name an immediate successor. Columbia president Lee Bollinger has appointed a committee to conduct a national search.

Columbia’s endowment has struggled in recent years. In FY19, Columbia ranked last among Ivy League endowments in investment performance with total returns of 3.8 percent, according to an analysis from MPI. Its 10-year returns were 10.3 percent, though, which placed in the upper tier.