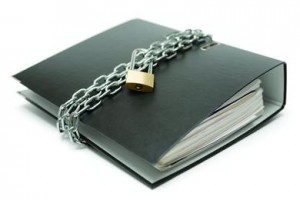 Private equity portfolio companies are not immune from the current difficulties facing the economy. Indeed, the typical leveraged model of recent years can put otherwise stable businesses under increased pressure, and put the directors of those companies under increased scrutiny.

When an investee company is in financial difficulties, the directors’ duties, whether sponsor-nominated or not, will focus on the interests of the investee company’s creditors (see ‘Divided loyalties’, EVCJ, June 2009). As a result, directors and sponsors should take a number of practical steps designed to avoid a director’s potential liability for a breach of fiduciary duties, including confidentiality and conflicts of interest.

Many of the procedures should be matters of good practice. All will become more acute when there exists financial distress (especially since the interests of the portfolio company and the sponsor may not be aligned). Since there will usually be an element of judgment with hindsight, it is vital that good practice is established at the outset.

Two of the key duties of directors of particular relevance to nominees are (i) to keep the company’s confidential information confidential; and (ii) share relevant information with fellow company directors.

For a nominee director, a tension can arise as he attempts to balance these duties with his interests and loyalties elsewhere, perhaps as an employee of the sponsor, although the director must be mindful that his primary obligations are to the company.

The tension can be exacerbated when the company faces financial difficulties; the interests of shareholders and creditors will need to be carefully balanced, particularly since they may have competing claims to a limited pool of assets, with different strategies for realising the maximum value from those assets. The position can be further complicated if the sponsor has also invested in the debt of the portfolio company, where its strategy may differ from other creditors.

Given these duties, robust procedures should be established to prevent directors from finding themselves in a position which can lead to a conflict of interest, a breach of duty and, potentially, personal liability.

So, for example, board sub-committees may need to be established, in order to exclude certain non-independent directors from discussions and decisions in areas where they have a conflict. Likewise, portfolio company directors who also sit on sponsor investment committees, or who are otherwise involved in the sponsor’s own discussions about the portfolio company, may need to absent themselves appropriately.

This can be particularly important given the duty to share relevant information with co-directors. If a nominee director becomes aware, for example, that the sponsor no longer intends to support a financially stressed company, this may be very relevant to whether the company is in a position to continue to trade. The director would be under an obligation to share this information with his fellow directors so that they could make an informed decision as a board. Equally, if a director knows about a decision of the sponsor which may cause the portfolio company board to change a proposed course of action, or to take a new one, there will be a duty on him to inform the other directors of that decision.

It should be the case that board papers are kept separately from any sponsor papers, and that restrictions on dissemination of board papers to sponsor shareholders are rigorously observed. It goes without saying that all board decisions should be properly and fully minuted. It is also important to be clear that any decisions of the sponsor in its capacity as investor or shareholder (such as a right of veto over reserved matters) are clearly documented as such, and not recorded as if they are the decisions of the nominee directors.

By the same token, nominee directors should ensure that it is clear whether any contact they may have with other stakeholders – such as lending banks – is in their capacity as representative of the sponsor or as director of the portfolio company.

It is clear that much care needs to be taken when considering whether it is appropriate for directors to be actively involved in decision-making at both a sponsor and a portfolio company level. Of course, this of itself creates a tension, heightened in times of distress, if the director, as a result, cannot fulfil his role (or either of his roles) properly.

Despite the potential conflicts, it may not be appropriate for the director to resign his office in these circumstances – resignation may leave the portfolio company with a board which is ill-equipped to deal with the difficulties facing the company, for example. Resignation could itself conflict with the director’s positive obligation to do his best for the company – but, that said, in some circumstances it may be the only realistic option.

It will not always be easy, or possible, for portfolio company directors to create the required separation in order to avoid potential conflicts of interest, but the issues should be manageable if the potential pitfalls are known, proper procedures are established and appropriate advice is taken.