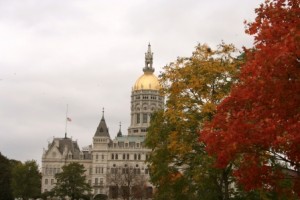 Clearlake is marketing Fund IV with a $1.35 billion hard cap and is expected to hold a final close later this summer, according to Connecticut documents.

Fund IV will invest in the equity and debt structures of small and middle-market companies, typically by taking control positions in distressed businesses in out-of-favor sectors, according to Connecticut documents. Most of Fund IV’s portfolio companies will have market capitalizations of less than $300 million.

The Santa Monica-based firm was founded by Steven Chang, Behdad Eghbali and José Feliciano in 2006. Chang left the firm in early 2015 after leading only one deal in the firm’s previous fund, according to Connecticut documents.

Connecticut’s pension system committed $40 million to Clearlake’s Fund III, a $779 million 2012 vintage fund that has netted a 23.7 percent IRR through December 31, according to Connecticut documents. Fund II, the firm’s $556 million 2009 vintage vehicle, has also been a top performer, netting a 21.7 percent IRR as of the same date.

Clearlake marketed Fund IV to Connecticut with a 2 percent management fee. After Fund IV’s five-year investment period draws to a close, the management fee falls to 1.75 percent of net invested capital, according to state documents. Eghbali and Feliciano are key men on the fund.

In addition to her consideration of Clearlake, Nappier also announced that StepStone Group would take over as the pension’s private investment consultant this October, pending successful contract negotiations. StepStone will replace Franklin Park Associates, which advised on Connecticut’s private equity allocation for the last decade.

“Franklin Park’s track record with the CRPTF speaks for itself. During Franklin Park’s tenure, the 10-year return of the PIF exceeded the performance of its benchmark by 290 basis points,” Nappier said in a statement. “I extend my best wishes to the staff of Franklin Park for what I am certain will be continued growth and a successful future.”

The Boston-based firm is expected to hold a final close on Fund VI’s $5 billion hard cap this summer. The firm had raised at least $4.7 billion as of June 30, according to an SEC filing.