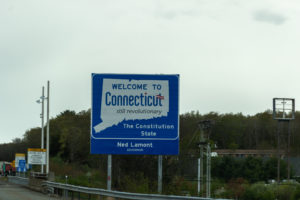 Bregal Sagemount raised $2.1 billion for its fourth fund, which it expects to close in October, according to documents provided to the investment advisory council of the Connecticut Retirement Plans and Trust Funds.

Connecticut will commit $125 million to Bregal Sagemount Fund IV, which focuses on North American mid-market software and tech-enabled services. The commitment was made at Connecticut’s meeting on September 14.

Buyouts listened to the meeting.

Mark Evans, a principal investment officer for Connecticut, said the $23 billion system “made some accommodations” to prioritize the commitment to Bregal Sagemount IV. The fast-approaching closing date prompted those accommodations, according to Evans.

“Other than agreeing to a relatively tight timeline to complete our full due diligence review, Connecticut did not have to make any accommodations to pursue this investment opportunity,” Evans explained via email after the meeting.

The fund has a target of $2 billion with a hard cap of $2.5 billion, according to documents provided by the committee.

As part of its commitment, Connecticut has been offered a seat on the fund’s limited partner advisory committee, according to the documents. Evans said Connecticut will be the fund’s third-largest investor.

According to supporting documentation from adviser Hamilton Lane, Bregal Sagemount IV will target 15-20 investments with enterprise values between $75 million and $225 million.

The manager also looks for business that generates between $20 million and $159 million in recurring revenue, with at least 10 percent growth rates and are largely profitable, according to Hamilton Lane.

Bregal Sagemount closed its third fund in 2020 at $1.5 billion, according to a press release on its website.

According to Hamilton Lane, Bregal Sagemount had several liquidity events in 2021. The firm has had one realized loss in its history, according to the documents.

The manager was started in 2012 by Gene Yoon, who previously worked as the head of Goldman Sachs’ special situations group.

Connecticut targets 10 percent of its portfolio to private equity.