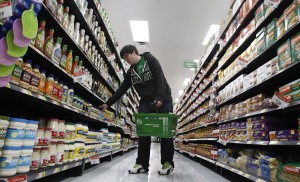 Matt Eby, managing partner of the Westport, Conn.-based firm, said Tengram may make up to 12 platform investments with the new fund, up from 10 in Tengram Capital Partners Fund I, which raised $173 million and held its first close in 2011.

“The fundraising was easier,” Eby said. “The environment is a lot better now. Also, we’re not a first-time fund.”

An LP in Fund II said the firm drew healthy interest in the new pool because of strong performance in its debut fund. Performance data for Fund I wa unavailable.

Tengram plans to continue sifting for consumer product names in the lower middle market with an average equity check of $15 million to $40 million per deal, with light leverage.

“We’ve looked at carve-outs from corporations, but that’s not our focus,” Eby said. “We spend more time on founder-led organizations to help [them] grow and take a business to the next level.”

Tengram and its founding partners have invested in brands including Robert Graham, Nest Fragrances, DevaCurl, Sequential Brands Group, Laura Geller, Design Within Reach, Joes Jeans, and Field & Stream. The firm’s focus remains on apparel and accessories, health and beauty, outdoor, sporting goods, retail, food and beverage, but it may consider other deal types.

“We’re looking for a company that owns a brand and has built a brand that’s bigger than the business that underlies it,” Eby said. “If you put a good team around a great brand with a great founder, over time, you can get the business up to the level of the brand.”

Tengram is adding some staff after the fundraising and is preparing a public announcement in the near future, he said.

The firm was co-founded in 2010 by Eby, who previously founded and was CIO of JAWS Estates Capital, the private investment office of Barry Sternlicht, along with William Sweedler, managing partner, who was CEO of Windsong Brands and CEO of Joe Boxer.