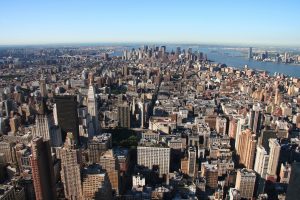 Corporate pensions, like public plans, have shown confidence in private equity, despite worries over an economic downturn, according to NEPC’s 2019 Defined Benefit Trends Survey.

The study, which surveyed 121 pension plans in the corporate and healthcare space, found that 65 percent of respondents had allocations in alternative asset classes, which include hedge funds, private equity and real assets.

Private equity fell right in the middle, with 38 percent of respondents saying they invest in the asset class. Hedge funds was only slightly ahead with 40 percent of allocations, with real assets coming in last with 33 percent, the study showed.

“Private equity with its illiquidity premium is one of the places that sponsors can allocate capital and increase the expected returns,” NEPC Partner Brad Smith told Buyouts. “I think it’s part return, as well as specific strategies that they think can add excess returns. It’s a combination of the two, but the primary driver is really the return premium available by private equity.”

Public pensions see more investment activity than corporates because many corporate plans are closed, according to Smith.

“They may have legacy programs and calls that are still active, but they’re focusing more on shorter tenured strategies that we see more [of], like private debt or a hedge fund strategy,” he said. “We don’t see many clients with plans that are actively building out a private equity strategy.”

Similar to public pensions, corporate plans are also anticipating an economic downturn. About 84 percent of respondents predict that there will be a recession in the next three years, the study showed.

“It was also interesting that while corporate plans felt that the recession was imminent, the healthcare clients did not,” Smith said. “That was one of the most interesting takeaways that we saw just to see how bearish the corporate client sponsors were specifically.”