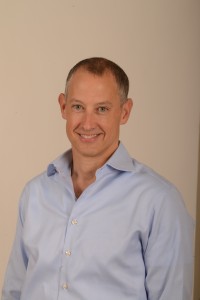 Cortec will keep the average deal size the same even though Fund VI raised nearly double the $620 million of its predecessor fund, David Schnadig, managing partner, said in an email to Buyouts.

With the larger fund, Cortec plans to increase the number of deals in Fund VI to 10 platforms, up from eight in prior funds. The larger dollar size of Fund VI also will go toward bigger equity payments and less mezzanine debt for acquisitions than in prior funds.

It is currently looking for its first platform investment for Cortec VI, which will target companies with $5 million to $30 million in trailing EBITDA in the specialty healthcare, consumer, engineered products and distribution and service sectors.

Cortec has added four members to its team in the past 12 months, along with a new chief financial officer, Michael Neuberger, who joined the firm in 2015 after working as a senior vice president at Cerberus Capital Management LP.

Other senior exeutives include Jeff Lipsitz, managing partner, and Scott Schafler, a founder and managing partner. Mike Najjar was promoted to managing partner with the final closing of Cortec Fund VI. Partners Gene Nesbeda, Jeff Shannon and Jon Stein, who worked on prior funds, are also on board for Fund VI.

On the deal front, Cortec said in April that Cortec Group Fund V and Urnex management acquired Urnex Brands LLC, an Elmsford, N.Y.-based manufacturer of coffee machine cleaning products for commercial and household use, for an undisclosed sum.