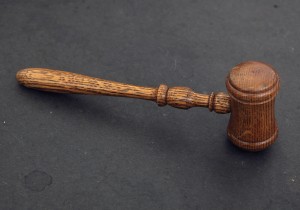 The ruling is a setback for an increasingly popular hedge fund strategy called “appraisal arbitrage,” in which investors vote against a proposed deal and then ask a judge to determine the fair value of the stock after a trial.

The online family research company was sold to Permira in 2012. The European private equity firm paid 40 percent above the market price for the stock, according to the 56-page opinion from Sam Glasscock, a judge on Delaware’s Court of Chancery.

After the deal closed, Merion Capital, Merlin Partners and Ancora Merger Arbitrage Fund exercised appraisal rights and sought a better price for their 1.4 million shares. Their expert argued for $42.81 per share to $47 per share, according to the ruling.

Ancestry.com’s expert put the fair price at $30.63 per share, below what Permira was willing to pay.

Merion, founded by securities class action lawyer Andrew Barroway, has been a leader in bringing appraisal arbitrage cases, which can take years.

Unlike in shareholder class actions, Merion does not have to prove any wrongdoing by the company’s board of directors, just that the fair price was higher than the deal price.

While the investors failed to increase the price, the judge also declined to find fair value below the deal price. The funds will also collect interest, limiting their potential for losing money on the deal.

The strategy has produced big returns. In 2012, Orchard Enterprises Inc was ordered to pay Merlin Partners and others $4.67 per share for their stake in the company, more than twice the $2.05 per-share merger price.

Ancestry.com and attorneys for the investors did not immediately respond to a request for comment.