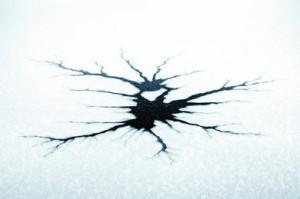 Two key Nordic assets were under threat this week as the region weathered the ongoing chill in the financial markets.

Kaupthing’s Principal Investments team surpassed an original target of between £300m and £400m for its second fund last year, raising £529m last September, including £200m from its banking parents’ balance sheet. Earlier investments, made from the same balance sheet, had a reported internal rate of return of 44% and a money multiple of 2.5 times.

This year it has invested alongside property and pubs tycoon Robert Tchenguiz in a £51.5m management buyout of UK women’s fashion retailer Phase Eight in January. A previous dalliance with Tchenguiz was of significantly larger scale, partnering with Apax Partners and Barcap in the £1.1bn purchase of UK supermarket Somerfield, sold this July to The Co-op Group for £1.57bn.

In Sweden, Stockolm-headquartered Nordic Capital faces losing its investment in Thule, a sports utility transportation business. According to Swedish daily Dagens Industri, a group of banks are waiting to take control of Thule if its private equity owner does not inject further capital.

Nordic Capital declined to comment on the speculation. Malmo-headquartered Thule produces load carriers for cars such as rooftop boxes, roof rails and bike carriers, as well as snow chains, trailers, towing systems and accessories for motor homes and caravans. The business has approximately 4,000 employees at more than 30 production and sales locations in Europe, North America, Africa and Asia.

Thule has been under private equity ownership for close to ten years, having been originally acquired by rival Nordic investor EQT back in 1999 for an undisclosed sum. Under EQT’s ownership, sales increased from €191m to €325m, with EBITDA jumping from €19m to €42m.

In October 2004, London-based private equity group Candover took ownership of Thule for €465m, before selling the business to Nordic Capital in May 2007 for an undisclosed sum – reports put the price at between €827m and €1.3bn, although Candover has announced that the sale generated a more than 2.5 times multiple and an internal rate of return of more than 40% for Candover’s investors. According to Candover’s accounts, the realisation of Thule netted proceeds of £293.7m.

Since late September, there have been rumours that Thule has been badly impacted by economic decline, with a 20% fall in profits, while leverage has risen from eight times EBITDA to more than ten times. Nordic bank Nordea was the sole underwriter for Nordic Capital’s purchase of Thule, although the debt has since been syndicated. According to Nordic Capital’s website, Thule’s revenues in 2007 totalled €710m.

Backed by Candover, Thule paid US$250m for three of the four operating divisions of US-based Advanced Accessory Systems – Brink International, Valley Industries and SportRack Accessories – as well as Ominstor Accessories in 2005 and Pewag in March 2006. In May 2007, shortly before its sale to Nordic Capital, Thule bought Brenderup Tilhengersenter, an Oslo-based trailers distributor, for an undisclosed sum.

Despite the current problems, the Nordic region has fared well in recent times. According to EVCA, Nordic private equity firms invested €7.3bn in 2007, slightly less than the €8.3bn put to work by the German-speaking countries (DACH) of Austria, Switzerland and Germany.

Buyouts made up the bulk of value, venture capital the bulk of volume. Approximately €8.3bn was invested into Nordic businesses, compared to DACH’s €13bn. Earlier this year, Tom Berggren, managing director of Sweden’s private equity association, said that Nordic investments levels were still healthy and “steady”.

Nordic Capital is itself on track to close a €4.3bn new buyout fund by the end of the year, with 2008 likely to be a record year for fundraising in the region. It is understood that 36 Nordic funds totalling more than US$9bn are currently being marketed by private equity houses.

“You shouldn’t paint or taint the core Nordic market with what is happening in Iceland,” says Brendan McMahon, global investment managers and real estate leader at PricewaterhouseCoopers. “Sweden and Norway are still very strong, Nordic funds are very professional, highly structured, credible and transparent. Invariably there will be one or two investments with leverage issues, but overall, Nordic investors are a very conservative breed as a rule.”