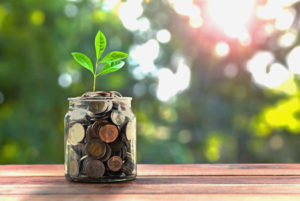 The line between co-investing and secondaries has become increasingly blurred as secondary buyers show more appetite for single-asset deals. Such deals have grown in popularity in recent years, representing 20 percent of the $26 billion of GP-led deal volume last year, Evercore found in its full-year 2019 secondary deal volume survey.

Credit Suisse is combining its secondary advisory group with its direct placements business to form a unit called Capital Solutions, Credit Suisse announced this week. The unit will be led by Paul Van Hook and Jeremy Duksin, both managing directors at the bank.

Other executives on the team include Jonathan Abecassis, who oversees secondaries advisory in the EMEA and Asia regions, and Sameer Shamsi, who leads secondary advisory work in the US. The bank also added Dirk Jonske to the team last year.

The idea for the combined unit emerged from a few trends: increasing appetite of LPs who want to co-invest, both with their existing managers and outside GPs; the capital needs of executives who leave larger firms to invest deal-by-deal (and planning to one day raise their own fund); and GPs seeking liquidity options for older investments and extended hold options for high-performing assets, especially single-asset secondary deals.

“We saw an overlap between secondary investment advisory and our direct placement business,” Duksin told Buyouts in a recent interview. “It became increasingly clear that merging these two activities…made more sense.”

The pipeline for new managers has been strong, though most need to build a performance track record before trying to raise a new fund, since they can’t take deal attribution from their prior fund. That leads many executives to invest deal-by-deal for a period of time. With no dedicated fund, the executive needs to find capital to fund the deals they source.

“We encourage people in that situation to reach out to Credit Suisse Private Fund Group, turn to the other door of our business and let us help find capital for you for these first deals in advance of you trying to raise the first fund,” Van Hook said.

Concentrated secondary deals like single-asset processes can look a lot like co-investments. What makes them a secondary is the creation of a continuation fund that allows the GP to continue managing the asset, usually at reset terms.

Co-investments are more straightforward M&A-type processes, but some LPs who might be interested in a co-investment opportunity have also shown appetite for single-asset processes.

One of the big single-asset processes this year is Providence Equity’s plan to move portfolio company HSE24 out of its sixth fund and into a continuation vehicle for more time to manage the asset. ICG recently emerged as the investor on that deal, sister publication Secondaries Investor reported.

Another big single-asset process this year was TPG’s Creative Artists Agency. Goldman Sachs was the lead buyer on that deal, which was expected to total more than $1 billion, but the process was put on hold in the pandemic downturn.

“As our market evolves, we have seen the benefit of combining our secondary and directs/co-investments advisory teams into one unit, as part of a fully integrated CS PFG,” said David Klein and Michael Murphy, global co-heads of the CS Private Fund Group, in a statement.

“With more than 80 team members globally, the PFG is well positioned to advise on and raise capital for both traditional, blind pool fundraisings and for bespoke, asset-specific situations across the private markets,” they said.