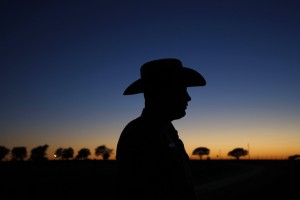 Crestline Investors is marketing its third opportunity fund with a target of up to $1.25 billion target, according to public pension documents.

Crestline “is looking to do a potential first close in January 2016,” according to a Pension Consulting Alliance memo released by San Joaquin County. Crestline offered the $2.4 billion pension a discounted fee structure should it choose to become “an initial investor,” the memo said.

The firm will charge limited partners a 1.5 percent management fee and take 20 percent of the fund’s profits as carried interest, over an 8 percent performance hurdle.

Crestline Opportunity Fund III will invest across a wide range of credit-related strategies, according San Joaquin County documents. The firm primarily invests in North America, but may take advantages of opportunities in Europe as well.

Crestline planned to deploy its previous fund in a variety of credit assets, including pools of performing and non-performing loans, real assets, royalty streams, hedge fund secondaries and direct loans, according to the press release announcing Fund II’s close.

San Joaquin County’s $29 million commitment to Fund II netted an 8.05 percent return as of August, according to a recent investment report.

Crestline did not respond to a request for comment.

Action Item: Crestline Managing Director Bruce Pflug can be reached at 212-584-7349 or bpflug@crestline.com