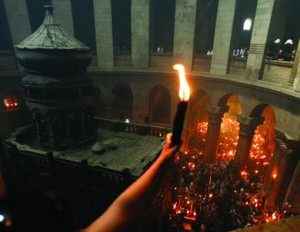 First the good news. Israel’s high tech companies, the main show in town for both local and international VCs, raised US$2.08bn from Israeli and foreign VC investors in 2008, the most for eight years, 18% more than the previous, and 28% up on the 2006 total.

This performance, detailed in greater depth in the Israel Venture Capital (IVC) Research Center’s 2009 Yearbook, makes for a shiny headline figure: but scratch the surface and a few spots of rust appear.

For one thing, IVC reckons the bumper year for capital raising by high tech firms was largely due to portfolio companies seeking sufficient funding to see them through the impending recession. Some evidence: average first and follow-on investments by Israeli VCs in 2008 were US$2.6m and US$1.15m respectively, but first investments were 31% of the total investment compared with 43% in 2007.

The lower proportion of capital being directed to first-time investments could well presage slower technology commercialisation.

Yoram Oron, the founder and a managing partner of Vertex Venture Capital, a top-tier Israeli VC investing in all stages, believes it is only a question of timing. “The pace of investment and the number of companies being formed has not declined significantly, but we think it will.”

That said, Vertex still expects more than 200 new companies to be formed in 2009. Oron also believes that the leading VC funds in Israel are still equipped with enough cash to support another 18 to 24 months of investment if the average rate of investment of recent years is maintained in the short term, which he expects it will be.

But the clock is ticking as fund raising remains tough. Vintage-2008 Israeli VC funds raised US$793m in the year from January 2008. At 30% less than 2007’s US$1.14bn, this tally by IVC shows just how tough the going had become since last summer.

“The global recession cannot be ignored. In the upcoming year investments in Israeli high tech companies will undoubtedly be lower,” predicted Zeev Holtzman, chairman of IVC and of Giza Venture Capital, an early stage VC firm.

Recent survey evidence highlights the fact that nothing is certain but uncertainty. When business consultancy Deloitte conducted interviews in Q1 for its 28th Israel VC Indicator, it found confidence low and deteriorating.

Its key findings published in early April: 64% think the crisis is hitting high tech more than the dot.com bust did; none expect the economic climate to improve by October and 79% think it will get worse; 43% think indices such as NASDAQ will continue falling this year while 55% believe NASDAQ will remain steady; none expect NASDAQ to reopen for IPOs this year, while 45% cite late 2010 and 29% foresee no such exits until 2011; and 73% expect company valuations to fall until at least October, while 83% see investment valuations declining over that period, with none expecting an increase.

For all the uncertainty, funds have been and will continue to be raised.

Early stage may find it harder to raise money, but some VCs have continued to support it, encouraged by lower investment valuations that go some way to balancing lower expectations on exit valuations because of the continued depressed levels of both the NASDAQ index and the share prices of strategic buyers.

In IVC’s active funds ranking, Greylock Israel led the way with nine first investments in 2008 and Q1, 2009. It was ahead of Vertex, which made eight for the second year running, while DFJ Tamir Fishman Ventures and AquAgro were in third place with seven each, then Carmel and Israel Healthcare Ventures with six apiece.

“This is one of the best ever times to invest in Israeli technology,” said Yoram Oron at Vertex. “This is exactly the same as 2001-2002. Valuations are down but companies are still being formed and are willing to raise funds.”

With a new fund raised, seed and early stage specialist Gemini Israel Funds is in “daring” mode, says general partner Adi Pundak-Mintz. “We have money, the quality of deals is amazing, so we’re very active on the investment side. We’re doing some unusual new ones. The latest is on semiconductors in the car industry. It is thirsty for innovation and people will still drive cars a few years from now. So we’re taking a long-term view.”

IVC says the balance is accounted for by foreign and non-VC Israeli investors. While the split between these was not available as EVCJ went to press, it could not be said there was a clear pattern of foreign investors exploiting the crisis to take a greater share.

Even if deal flow is hit, there are reasons for thinking that Israel will continue to be one of the more attractive high tech investment clusters. Its appeal is underpinned by several forces: a continued high level of innovation; a relatively high pace of technology commercialisation even now; the presence of many multinational OEMs; generous but unintrusive government support; a benign tax, regulatory and IP-transfer regime; a significant number of serial entrepreneurs; a global outlook; and a focus on growth niche markets.

The country’s continuing attraction to VCs in the Americas, Asia Pacific, Europe and Israel was highlighted by 398 general partners in VC firms who replied to a 2008 survey conducted by Deloitte alongside many national VC associations.

While the USA remained the strong primary choice for VC investors and for a wide range of technologies, Israel ranked consistently high, and was highly valued as a secondary choice behind the USA.

Israeli tech companies continue to draw disproportionate attention on the international stage. For instance, 18 of them were included in the magazine Red Herring’s latest 100 Europe list, which claims to identify the top 100 private technology companies in Europe, Middle East and Africa.

One reason for Israel’s relative optimism is that it has focused on tech sectors that are continuing to see relatively strong sales to OEMs (original equipment manufacturers). Sixty percent of Israeli tech companies are in ICT, some 15% are in medical technologies for which the country is regarded as second only to the USA.

SCP Vitalife, a US-based VC fund focused on early to mid stage life science technologies and services, has a concentration on therapeutic medical devices and is one of a number of foreign investors keen on Israel.

In December, it realised its stake in MediGuide, an Israeli pioneer in navigation systems for keyhole surgery, when St Jude Medical of the USA acquitted the tech company in a deal valued at US$300m.

Two-thirds to 80% of Israeli tech exits are through such trades sales, and while strategic buyers may be feeling the pinch through their own reduced share prices and revenues, they are still in the market for unique, value adding innovations.

Yoram Oron at Vertex sounded in ebullient mood following a meeting with investors from Japan, Hong Kong, Singapore and other Asian countries where Israel is seeking dramatic growth for its technology companies to counter weakness elsewhere.

“Fujitsu, Hitachi, NTT and others are showing a lot of interest in acquiring companies and technologies in Israel, which will give a major boost to our tech sectors,” he said.

It is a reminder that with a small local market for products, and no major financial markets, Israel and its tech companies have had to be global in their marketing and fund raising outlook from day one.

Not that suitors seeking M&As will find Israeli VCs ready to roll over on price. “One aspect of endurance is not necessarily saying ‘yes’ when an exit arrives, even though it would be nice, but instead taking maybe another two years to build value,” said Adi Pudak-Mintz at Gemini.

The country’s strong work ethic and labour flexibility are playing well with investors in the current climate. High tech employees are accepting much lower salaries and/or reduced working at some firms, according to Dialog Consulting, an Israel-based job placement firm. Even without government intervention, salaries have dropped 10% to 20%, Pundak-Mintz estimates.

“What you are seeing in Israel – and I’ve seen it less in other countries – is employees of venture-backed companies taking a haircut on salaries on a voluntary basis, which is really showing commitment to their businesses,” said Alex Brabers at GIMV.

Most European VC’s fly operate through fly-in/fly-out, which is cheaper but arguably sub-optimal. Some have a local presence, but the question is whether they are sufficiently embedded in the local ecosystem.

3i invested US$20m in Giza Venture Capital’s fourth fund in 2006 to invest in Israeli companies with highly disruptive technologies.

GIMV has a preferred partnership with Genesis Partners. In late 2005, GIMV committed US$20m, split equally between co-investing and a Genesis fund focused on Israeli ICT start-ups, a commitment that remains in place.

Alex Brabers at GIMV says partnering with Israelis is working well and there is a good cultural fit with Genesis. Though GIMV has so far made only one Israel co-investment (Oree, 2007), Brabers said it is considering doing more this year in sectors it understands and for deals that have a European component.

Besides, the partnership has brought other advantages through the experience that Genesis has built up in technologies where Israel is strong. “Genesis have been very useful in due diligence of our European investments,” said Brabers. “For example, they have a leading position through companies in areas such as USB and flash memory.”

Through international cooperation, the Israeli venture capital industry is staking its claim to remain at the top of the tree – whilst US VCs flounder and European VCs wonder, Israeli VCs are preparing to look further afield for their opportunities.