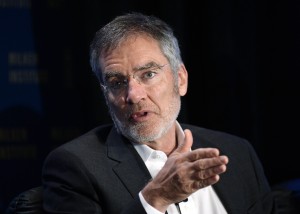 CVC Capital Partners Ltd is among the buyout firms that have approached Clear Channel with an offer for its European outdoor advertising assets, which could be worth as much as $3 billion, the people said. Clear Channel may decide to hold on to these assets, the four people added.

The sources asked not to be identified because the discussions are private. A spokesman for Clear Channel Outdoor declined to comment. CVC representatives did not immediately respond to requests for comment.

Clear Channel, which generates revenue from brands that rent out space on its signs, has its biggest European markets in France and the United Kingdom. The company also has billboards in Italy, Sweden, Turkey, Poland and the Baltic regions, according to its website. Its assets include signage in shopping malls, buses and in airports such as London’s Heathrow.

Clear Channel’s parent company has been struggling to trim $20.5 billion in debt. It unloaded assets such as a 50 percent stake in Australia Radio Network, which it sold earlier this year to APN News and Media.

Clear Channel Outdoor’s President and Chief Financial Officer Richard Bressler said on an Oct. 28 conference call that Western Europe was a big driver of sales for the company this year.