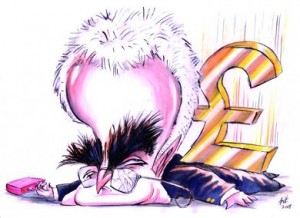 Darling decided to keep his 18% flat capital gains tax despite almost everyone in the industry thinking it was a bad idea with the possible exception of the mega LBO firms, the very guys the change was supposed to hit

The main gripe following the pre-Budget revelation of the changes to CGT was that it would stifle entrepreneurship in the UK. Andrew Newland, CEO of , a UK VC and technology consultancy, said at the time that the decision to scrap taper relief was “completely destroying the entrepreneurial drive” of the UK.

This was a sentiment echoed by many (see EVCJ, November 2007) and Darling did listen, introducing a concession by way of the ‘entrepreneurs’ relief’. As explained in more detail on p11 of this issue, it is a way of allowing entrepreneurs and owners of SMEs to escape the 18% CGT rate, initially at least, by providing a 10% CGT rate on business sales up to a maximum lifetime allowance of £1m.

But even this has not been greeted well. Instead the concession has been derided as worthless, as it will in practice have very little benefit for serial entrepreneurs and investors, including both VCs and business angels, who will be looking to make more than £1m over the course of a lifetime.

One of the most exciting things to come out of the new flat rate of CGT – which kicks in on April 6th – is that buyout houses have been quick to close deals. Data published by the Centre for Management Buy-out Research (CMBOR) shows that deal value for the first quarter this year is expected to surpass £5bn, and Tom Lamb, co-head of reckons that the industry could well see a number of deals completed before the end of the tax year to avoid paying the new rate. One such example has been the sale of sewage pumps specialist PIMS by Gresham to Inflexion. The fear is that the CGT changes have yanked forwards deals that would otherwise have been completed later in the year, meaning it could be slim pickings post April.