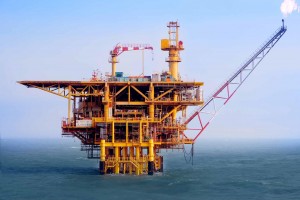 By pouring billions of dollars into energy shares and bonds in the past few months these newcomers, dubbed “energy tourists” by Houston’s seasoned dealmakers, have thrown a lifeline to scores of companies that a few months ago looked like potential targets for bigger rivals or distressed debt and restructuring specialists.

“You’ve got generalist funds that have never invested in energy coming out of the woodwork,” Michael Ames, an energy investment banker at Raymond James, told a meeting of oil and gas executives this month.

So far this year, 40 oil and gas companies raised $18.7 billion in new share sales, while 35 companies issued $26.4 billion in debt in the first four months, Thomson Reuters data show. The share sales are the highest in at least 15 years, while bond issuance is on track to be the heaviest in three years. Ames estimated private equity firms have raised about $35 billion in dedicated U.S. energy sector funds in the past six months.

With record-low interest rates and stock indexes near record highs, energy assets are one of the few sectors to offer a significant upside because of heavy losses of more than 50 percent suffered during the crude price slide, investors say.

But local veterans, mindful of past busts, worry a 34 percent rise in U.S. crude since mid-March to nearly $60 a barrel might not continue. Some also point out that debt and equity valuations imply oil prices of $85 to $90 and warn of an industry shakeout if crude prices stall.

“There’s too much money in the system,” said one principal at a private equity firm that has long owned oil assets but is holding off now. “We’re not living in a world of reality right now.”

He and others question the newcomers’ ability to fully assess the risks involved in investing in the sector. The manager recalled how one investor asked him recently to explain how to calculate the worth of oil acreage. “That’s like showing up at the Masters and asking how to play golf,” he said.

Yet the buyers say the sell-off in energy stocks was a classic case of market overshooting. They argue that over the next decade demand for oil will grow, fueled by emerging economies’ rising energy use.

“Some smart people thought oil was going to $20,” said one executive at a hedge fund, which recently bought energy securities. “But the people who bought oil a few months ago were quick, smart and right. Even a $60 price looks anomalous. I would say the long-term equilibrium is around $90.”

With ample money allowing many firms to keep operating without facing a capital squeeze that would force them to sell, deals are scarce. “Everybody is buying, but nobody is selling,” is how Houston dealmakers describe the M&A market.

Earlier this year, many lawyers and managers at specialized funds expected plummeting oil revenues and tightening financing would force dozens of highly leveraged firms to offload assets or be taken over.

In reality, since the crude sell-off started in June 2014, only four tiny exploration and production companies with U.S. onshore fields have filed for bankruptcy, compared with about 22 during the 2008-2009 slump, according to www.BankruptCompanyNews.com’s tracking of firms with public securities.

The difference is that while credit markets seized up during the global financial crisis, now money keeps flowing to the sector, mainly via new share and debt issues.

Yet some analysts warn the inflows may have only delayed rather than averted the day of reckoning for the less financially robust companies.

“[It will be] heading into 2016 when some of the pain becomes evident because a lot of firms have not hedged their 2016 production,” Hanson said. “Time will tell.”

(Reporting by Anna Driver and Terry Wade for Reuters)