In applying its “leaders strategy” to a neglected foreign subsidiary, GTCR was able to grow a U.K.-based lender and post strong returns in a difficult European macroeconomic environment.

Before GTCR acquired it in 2012, Premium Credit Ltd (PCL), which offers insurance premium financing to small businesses and occasionally lends to individuals, was a subsidiary of MBNA Europe, a unit of Bank of America Corp.

PCL makes up-front payments to insurance carriers on behalf of its customers, allowing them to even out cash flows by paying monthly installments instead of a single lump sum.

Chicago-based GTCR liked that PCL was a stable business with low loss rates. If a customer stops paying, PCL gets the carrier or broker to cancel the insurance, and it recoups the unearned premium from the carrier.It also liked that PCL had the systems to process half a million transactions on busy days.

GTCR identified PCL as an acquisition target in late 2010. Deal talks initially fell through, but Bank of America had difficulty selling PCL for two reasons. First, the chief executive planned to retire as part of the transaction. Second, since the bank had been financing PCL off of its balance sheet, it was unclear how it would perform as a standalone company.

In early 2012, Bank of America re-engaged GTCR in deal discussions. At that time, the firm partnered with Andrew Doman to lead the new company and existing PCL management to jointly buy PCL for a total asset value of 900 million pounds ($1.45 billion), a slight premium to book value.

GTCR calls this partnering with executives its leaders strategy. “We identify men and women who have a track record of generating strong results and partner with them to execute transactions,” said GTCR Principal Michael Hollander.

Doman, who was previously CEO of Russell Investments, said GTCR liked that he would have skin in the game as head of PCL. “What really clinched the deal for them, in part, was my enthusiasm to put some of my own money in this deal,” he said. “At one point I said, ‘I like this business so much I want to increase the amount I’m personally investing.’”

GTCR agreed to buy PCL from Bank of America in March 2012, but it didn’t close the deal for almost eight months.

Before it could complete the transaction, GTCR needed to put in place 1 billion pounds of asset-backed financing to support the payments made to insurance carriers, which had previously been made off of Bank of America’s balance sheet.

“We identified about seven different value levers and had a clear strategic plan of how we were going to add value,” said Doman. Collectively, the improvements substantially increased EBITDA, although GTCR declined to provide an exact figure.

PCL reduced margins right away by digitizing correspondence with customers. The company combined its four IT platforms into one integrated system and developed a mobile-based pricing model.

PCL also boosted profitability by giving the salespeople the sense that they were each running their own business and incentivizing them based on the quality of customers they brought in. “It was a big change in psychology,” said Doman.

At acquisition, PCL participated in processing and funding 22 million transactions that amounted to approximately 3 billion pounds in payment volume for roughly 2 million customers. During the deal’s 27-month holding period, those numbers increased to 25 million transactions with more than 3.5 billion pounds in payment volume for 2 million customers. PCL also grew its staff by 10 percent to about 330 people.

Because of PCL’s success, the company was able to reduce its cost of funds by an approximately 45 percent spread over LIBOR.

In April 2014, PCL completed a 200 million pound dividend recapitalization. By mid-2014, GTCR started to receive interest about the business. The firm sold PCL to Cinven for 462 million pounds in January 2015.

GTCR declined to publicly disclose any figures related to the profitability of the deal. At the time of the sale, Dow Jones reported that the price paid by Cinven was equivalent to just under 8x the company’s 2014 pro forma EBITDA. Doman, who agreed to stay on for a year after the sale, handed over leadership to Tom Woolgrove in January.

“We invested in a good business with strong margins and were able to make it an even better business by partnering with a team and carving it out of Bank of America,” Hollander said. 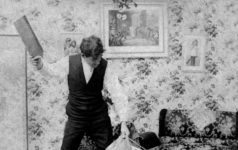