Private equity dealflow in North America is powering back, fueled in part by a potential corporate tax rate hike by the Biden administration, but inflation is emerging as a real risk.

“On the one hand, you’re seeing extremely high levels of ramped-up optimism. On the other hand…we are seeing signs of inflation now,” said a participant, speaking under the Chatham House rule. “It’s challenging, as a fund that’s investing, to find companies that are insulated” from inflation.

The panel featured private funds COOs and CCOs responsible for sourcing opportunities, either for the firm, portfolio companies or both.

“The market is as hot as it’s ever been in dealflow,” said one of the panelists, adding that the year to date as of May had seen a 150 percent increase in transaction activity, without citing a source for the number.

Another panelist reported that founder-owners are saying: “I’ll do a deal if I can get it done this year, because of increasing risk of tax hikes. It’s helped by a lot of capital and leverage being available.”

President Joe Biden’s Build Back Better program includes plans for corporate tax rates to rise to 28 percent from 21 percent. Senator Joe Manchin, a Democrat from West Virginia who holds a crucial vote in the Senate split 50-50 between Democrats and Republicans, opposes the rate but says he could support a 25 percent tax.

“It’ll be a substantial increase and there’ll be a lot of dealflow in the lower middle market…and motivated sellers,” a speaker on the panel said. “Valuations will go up next year in order to defray the tax burden [founder-owners] are going to be shouldering.”

The speakers agreed that inflation was real and spreading. “Number one, inflation is happening in labor,” one panelist noted. “Any employee within 15 minutes of an Amazon facility is facing heavy competition” as the internet retail giant has set its minimum wage at a rate of $15 an hour.

Inflation was seen manifesting elsewhere, too, with shipping container costs to China surging and a shortage of truck drivers.

Unpicking the underlying performance of some potential acquisitions in a pandemic was proving tricky as well. “It’s really hard to get your arms around what’s real,” a panelist commented, citing a business that benefited “of course” from selling personal protective equipment but was now pivoting toward new customers.

Out of favor, in the view of the panel, were companies in the oil business. “It’s not a great long-term play,” said one panelist. “So many young folks look ahead and they’re making a very calculated decision now to move [out of oil] into a different sector.” 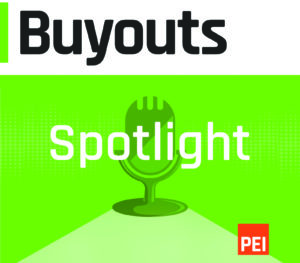 PEI Media’s reporting team probes the private markets for insights into how inflation will affect the asset class.

To understand how private equity and private debt investors are viewing the risk of inflation, Adam Le, Alex Lynn, Carmela Mendoza, Michael Baruch and Rod James spoke to several prominent private market participants this summer. In a recent episode of PEI Media’s Spotlight podcast, Le says there seem to be three key themes in how GPs are viewing this risk.

“One is that private equity is very well positioned to tackle rising inflation because it invests in high-quality companies with strong management teams. A second is that portfolio companies can easily pass on costs, and a third is that fundraising will really not be affected,” says Le.

Nicholas Brooks, head of economic and investment research at ICG, who spoke with Le on the podcast, says the types of companies that private equity and debt investors tend to target are “pretty well protected from rising inflation,” and that there are a few reasons for that. “A critical part of it is that most private debt/private equity exposure is to companies that are less affected by the kind of inflation we’re seeing today.”

Brooks says that ICG maintains a database that tracks the fundamentals of around 500 private companies in the US and Europe which follows trends in margins and revenues, profit and leverage. “Looking at a makeup of this database, which I think is an indication of how our industry broadly lends and invests, you’ll see that a large part of the exposure is to technology, to healthcare, to sort of higher value-added sectors. It tends to also be sectors where there are what one might call structural tailwinds.”

He adds that “these sectors tend to be able to pass on costs as they come through the supply chain.”