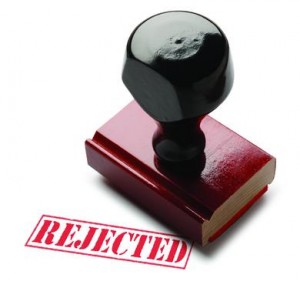 The private equity industry is recruiting. Fed up with sitting on their hands and waiting for the downturn to end, large buyout and mid-market players are busy recruiting turnaround managers, in the hope that by getting rid of dealmakers and focusing on longer-term strategies they can ride out the current downturn.

Jon Moulton of Alchemy Partners said it back in October: “The time of dealmakers is over.” He warned that for private equity to move forward it would have to get back to its roots and actually add value to companies. “Change your staffing,” he declared. “The industry climate is not calling for dealmakers; it’s calling for operational staff.”

The industry seems to have taken the not-so-subtle hint, as the latest survey conducted by the Economist Intelligence Unit revealed over a third of private equity firms are planning to take a more the ‘hands-on’ approach.

Of the 222 senior executives surveyed across Europe and the US, 33% expect to intervene in the operating of their investee businesses in light of the economic downturn.

The survey was commissioned by management consultancy Celerant and also found that 26% of respondents said they were preparing to hire new staff, and just 2% said they were planning to cut the size of their teams. Seventeen per cent of respondents revealed that operational specialists were the highest priority, followed by industry experts and financial analysts, in the industry.

The survey suggests that for those who are now left to suffer the effects of the debt freeze they have little choice but to recruit the only people who can create value in a downturn. According to John Donoghue, the recently recruited director of Bahrain-based investment firm Arcapita Bank, as 2009 unfolds, financial engineering will become a distant memory and the industry is going to move back to building companies with cash flow and customer revenue. “Having the right resources and operations will be paramount in achieving this,” he says.

The emphasis private equity companies are placing on operational managers can be seen throughout Europe. In the UK, mid-market private equity firm RJD Partners followed the recruitment trend by hiring turnaround specialist Paul Woodley as a consultant. Private equity virgin David Robinson was recruited to mid-market investment firm Vision Capital as COO in a bid to turn around the company’s operations. He believes that the restructuring in the private equity industry will continue. “People are going to be focusing on how to run companies as best they can,” he says.

Italy has also seen a wave of changes in personnel. US buyout giant KKR has made operational changes in Italy and has recruited Gianemilio Osculati as a senior advisor to the firm as well as promoting Jesús Olmos Clavijo as managing director and new head of infrastructure.

But it’s not just private equity firms that are keen to bring in new staff. The British Venture Capital Association (BVCA) has only two members of staff who can boast of being employed by the organisation for over a year. Recently appointed chief economist Roger Kelly was recruited following the Walker Review, which said that the BVCA was not doing enough for the private equity industry.

The Walker Review’s criticism of the BVCA resulted in a wave of operational changes. Kelly explains that these changes, which included the creation of a research team as well as recruiting a chief economist from the Bank of England, have brought the BVCA a step away from the gentleman’s club it used to resemble.

The changes in the BVCA are a clear indication that every aspect of the private equity community is responding to the debt freeze by making operational changes. The benign nature of the bull market in 2006 and 2007 meant that companies were able to make a profit by just selling on a company before they added any value and dealmakers did very well during that period. “Deals have been done that if there wasn’t such an availability of leverage would not have been done otherwise,” says Kelly.

But as Alchemy’s Moulton predicted, the times of cheap debt and fast deals are over and GPs must make the changes and recruit operational managers. For those that are willing to adapt to the new market and bring in the necessary staff to weather the downturn, the general consensus is they will win out. “Good companies will get stronger,” says Arcapita’s Donoghue.