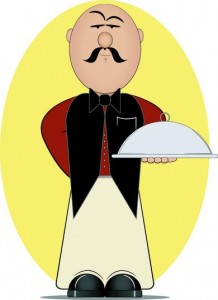 Traditionally, the food industry is not the most exciting area of investment. Profits are steady rather than spectacular, but it’s stable and regarded as pretty much recession-proof. Many food companies are part of large conglomerates and are not given proper management attention. These underloved food companies, often with well known brands, make great investments for private equity firms willing to put in the work. This is part of the reason that at least 68 acquisitions of food companies have been made by private equity funds this year according to Thomson Financial statistics.

One of the biggest deals of the year has just seen Blackstone and PAI buy United Biscuits from Cinven and MidOcean for €2.4bn, a headline-grabbing transaction that underlines the appeal of the food industry. The US buyouts powerhouse also acquired the European Beverages division of Cadbury Schweppes in February 2006, alongside Lion Capital for €1.85bn, and renamed the business Orangina after the most popular brands in the division alongside Schweppes, Oasis and TriNa.

Lion Capital’s interest in food and drink permeates its one and only fund, with four of its eight investments food-related: aside from Orangina, there is French jam maker Materne (soon to be sold to Activa Capital), US-headquartered Kettle Foods, and UK cereal brand Weetabix.

Permira has also jumped on board with the purchase of Bird’s Eye from Unilever for almost €1.8bn, fending off competition from CapVest, and Unilever is expected to continue with further disposals next year, including some food and drink divisions.

The battle between trade buyers and private equity has been fierce, with Premier Foods also missing out on Bird’s Eye but beating RHM, Lion Capital, Doughty Hanson and Bain Capital for the UK and Irish business of the Campbell food group – which includes Homepride Sauces and Oxo.

Other highlights include the purchase of Heinz’s European seafood business by Lehman Brothers Merchant Banking; the sale by BC Partners of Galbani, Italy’s largest cheese maker, to the French dairy group Lactalis, and CapVest’s acquisition of Findus, the Swedish frozen food manufacturer, from EQT Partners.

Exit multiples are on the whole modest, although impressive returns can sometimes be achieved. 3i for example made 3x its money in just two years on private label soft drink and fruit juice manufacturer, Refresco, the market leader in Holland and Germany. A solid company operating in a growing market (fruit juice consumption was growing by 4% to 6% in 2003), 3i acquired the business, valued at €246m, with the aim of expanding into other countries and embarking on a buy-and-build strategy which saw it move into Finland and Spain. During 3i’s investment Refresco increased its EBITDA by 42%, leveraged its gross margins on products from 8% to 12%, and enjoyed organic growth of 10% per annum.

Keith Ellis, 3i’s global head of food and drink, says: “It was not our original plan to sell the business when we did. We were planning to expand it into other markets but the offer we got was too good to turn down”. That offer was from an Icelandic consortium made up of FL Group, Kaupthing Bank and Vifilfell Bottling Group, which bought Refresco for €463m.

For the mid-market guys, many of their investments are made in neglected companies languishing in large corporate portfolios. Colin Curvey, partner at UK mid-market firm Duke Street Capital – which sold independent French drinks producer and distributor Marie Brizard in April 2006, says: “If a large group owns a number of businesses they are going to give more attention to the biggest sellers and those that aren’t being focused on can make very interesting investments.”

There are many corporates out there with large portfolios, and many are seeking to divest, as evidenced by the Orangina deal and Unilever’s sale of Bird’s Eye and it is anticipated the food giant, itself linked with a private equity-backed takeover earlier this year, could be planning more divestments next year. The UK’s Northern Foods, another large owner with a hefty portfolio, has just off-loaded four businesses to Vision Capital for €237m.

Ellis says of 3i’s investment strategy: “We like businesses that have been under-managed, that are part of large corporate portfolios and which, with a bit of care and attention and management focus can create value.”

Not all of the big boys are selling however, with the likes of RHM – former investee of Doughty Hanson and owner of Mr Kipling, Hovis and Bisto – and Premier Foods – owner of Quorn, Ambrosia, Branston, Hartley’s, Loyd Grossman and Typhoo – acting as industry consolidators alongside France’s Unigrains.

Being part of such a large corporation is not always in the best interests of a company. Both Northern Foods and Unigrains have been accused of trying to over-consolidate; corporations have a tendency to centralise everything, placing power in the hands of the head office, and for those non-brand food and drink businesses, it is important to be flexible and reactive. For example, if Marks & Spencer wants to change something about one of their ready meals, they want to be able to call up their suppliers and make the change. For a supplier that is part of a corporation, they may very well have first to check with head office, adding time and a layer of bureaucracy that can only serve to harm the business; private equity owners are able to rid a company of such restrictions.

Own-label operators, those that produce food and drink products to be sold under another brand, such as Tesco’s Finest, have a very different business model to the brands. Where brands offer profit stability, high margins and are cash generative – acquisitions of brands usually involve high levels of leverage so a certain level of cash flow is needed to pay off the debt – growth is modest at best. In the fiercely competitive UK market, some of the larger brands experience about 1% to 2% growth a year if they are lucky – it is for this reason that Ellis says 3i is not very active in the UK market: it currently holds a minority stake in family-friendly restaurant chain Giraffe and recently sold tapas chain La Tasca and premium sandwich shop EAT.

Own-label suppliers have a different financial model, with less cash flow but greater opportunities for growth, but even within this sub-segment, business models can vary significantly depending on what end of the market the company is focused on. For example, those supplying economy ready meals need to have very efficient machinery; those supplying the higher-end ready meals need to concentrate on innovation and therefore be very flexible in manufacturing.

While swathes of the food sector still fit into the traditional solid and stable category, the recent consumer demand for healthier and better quality food has ignited the industry. It is a sub-sector which offers businesses high growth and high margins; Unilever hopes to take advantage of these benefits and is spending around €20m, half of its ice-cream budget, on developing healthier products, such as including so-called super-fruits, those which are high in nutrients, into their frozen desserts. Fellow industry giant Nestlé launched a €500m science and nutrition investment fund in September last year as part of the group’s bid to expand into the health and wellness sectors. The new fund supports enterprises with products in the final testing stage or close to coming to market, and helps these businesses to grow to a size that could enable Nestlé to integrate them into the mainstream business of the group.

Many of the big names in the industry are looking to acquire innovation rather than encouraging it in-house, which presents good exit opportunities for private equity firms invested in smaller, niche players focused on the health and wellness end of the market. Because health trends vary across Europe, investors will have to ensure they tailor their portfolio company accordingly. For example, in the UK the obesity issue and newfound love affair for fresh, healthy and organic food is much more of a live issue than it is, in say, France, and the British have particular concerns over heart disease and high blood pressure, which are lower on the agenda on the Continent.

Perhaps surprisingly this growth in the healthy food sub-sector has been accompanied by a growth in indulgence foods. Just as there is currently a trend towards marketing well-balanced ready meals, so there are more products emerging for those with a sweet tooth, and, of course, those with a healthy income. The profile of consumers of both health and wellness food and indulgence products are wealthy and sophisticated, although food analysts predict healthy food to become cheaper as time goes on.