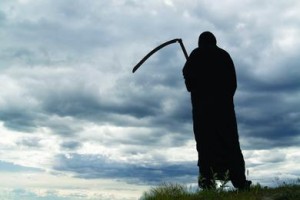 The private equity captive model is on death’s doorstep as banks struggle to keep afloat in the current turbulent market. Private equity, an industry founded on the captive model, is now a sector full of GPs who are keen to spin out on their own, and LPs who are only too happy to invest in a less conflicted model.

According to Jonathan Blake, partner in law firm SJ Berwin, the trend of private equity companies going it alone is one that has been around for a long time but has accelerated over the past few years. “There is a natural wish of private equity GPs to gain independence from banks when they are changing control. Investors have a preference for teams that are not affiliated with banks due to conflicts of interest,” he says.

In recent years several banks have pulled back from private equity – NatWest, Kleinwort, Prudential and ABN AMRO just to name a few. This mass exodus is believed to be a direct response to the issues that arise when a bank competes with its own private equity clients for access to a takeover deal. According to Thomson Reuters’ news, Morgan Stanley, JPMorgan, Deutsche Bank all spun off buyout arms after private equity clients complained of banks encroaching on deals several years ago.

In the current market, with banks and large institutions seeking bailouts, nervous private equity teams are looking increasingly to independence. The US$50bn sale of investment bank Merrill Lynch to Bank of America, expected to complete in early 2009, is a classic example of a private equity arm that is being left in limbo until the sale is completed. A spokesman from Merrill Lynch said in September that it was ‘too early’ to tell whether the deal would include Merrill’s private equity portfolio, or whether it would spin out as an independent firm.

This kind of uncertainty is exactly Richard Green, managing partner of August Equity explains that investors loath. “Independent investors hate uncertainty, they want security from the team they are investing in. If the team is unhappy because their parent organisation is in trouble that’s when investors get nervous,” he says.

Neil Macdougall, managing partner of Silverfleet Capital, explains that he experienced a lot of drawbacks when he was part of Prudential. “Basic issues like pay rises were controversial. Head office could issue a statement proclaiming that pay rises should not exceed a certain amount, regardless of the performance of the private equity arm,” he explains. After over a year of independence, he believes the move was a success. “Without a doubt the independent model is the better model. It is the purest approach to private equity,” he says.

Although, many analysts believe the trend of going independent is going to continue, there are banks that are sticking with the captive model to maintain data confidentiality and to meet regulatory requirements. HSBC, Barclays, Lloyds TSB and Goldman Sachs all have private equity captives and look set to maintain the model in the future.

Most famously, Morgan Stanley spun-off its private equity arm in 2004 which, at the time, took the name Metalmark Capital. Two years later, the banking firm announced it was getting back into the private equity business with plans to create a private equity group within its asset management division. Earlier this year, Morgan Stanley Infrastructure Partners raised a second fund which closed on US$4bn, smashing its target of US$2.5bn.

Although this is a staggering result, many agree that Morgan Stanley’s success is the exception, rather than the rule. “Morgan Stanley got back into the market two years ago, which was pretty much against the main trend,” explains Philip Buscombe, CEO of UK-based private equity firm Lyceum Capital. “Most LPs don’t like investing with captives,” says MacDougall.

According to Green, although there are success stories, there are very few benefits to being affiliated with a bank at this time. “A lot of LPs won’t work with a captive full stop. If they do invest with a captive they want to know what the captive is doing to get investment returns and not just a mean of generating other business like corporate finance advisory work or the ability to lend money to companies,” he says.

With an uncertain future ahead, banks and large institutions are continuing to flounder and the captive model looks set to die an imminent death. As nervous investors seek out the independent model for security, those who have gone independent aren’t looking back and those that haven’t are looking shifty.

“I think we’ll see banks trying to offload their private equity assets. If you talk to secondary players they are looking at a tremendous bulge of LP interest,” says Buscombe.