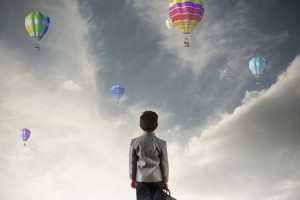 Buyouts magazine noticed a reversal of fortune for entities with U.S.-based LBO sponsors in Standard & Poor’s latest “weakest links” report. The number of portfolio companies in the latest report and the affected debt of these businesses increased from three months earlier.

Overall, S&P reported an increase in the tally to 120 entities that it views as being most at risk of a debt default. These have affected debt of $391.96 billion, combined. The higher number accompanies the slowdown in the global economy, as witnessed by the sovereign debt issues in Europe and the United States.

The last time Buyouts examined the list in June, we reviewed the May report that included 105 companies with debt of $140 billion. In the monthly releases since then, change has been mixed. The totals were 107 weakest links and debt of $186 billion, as of June 21. It was at 109 entities with debt of $184 billion on July 20.

Entities on the “weakest links” list must have a speculative corporate credit rating of ‘B-’ or lower, plus a negative outlook, have a CreditWatch with a negative implication, or both as of Aug. 17. The latest tally in S&P’s “Global Weakest Links And Default Rates: Weakest Links Increase As The Global Economy Slows” includes several portfolio companies that Buyouts recently identified as having LBO sponsors. The report was released Aug. 24.

The latest “weakest links” list includes 120 entities with combined debt of about $391.96 billion. From this, Buyouts identified at least 23 companies with LBO sponsor, and these account for $134.84 billion of the debt. We had to go back to February 2009 to approach this level of debt owed by portfolio companies. At that time, 78 LBO-sponsored businesses had debt of $130.1 billion in the “weakest links” report.

One of the portfolio companies that added to the total debt was Energy Future Holdings Corp., which is sponsored by Kohlberg Kravis Roberts & Co., TPG Capital and GS Capital Partners. The utility’s debt increased to $101.45 billion from $33.37 billion in May. Energy Future’s corporate credit rating is now ‘CCC’ with a negative outlook. The rating was lowered to this level in April after a subsidiary (Texas Competitive Electric Holdings) amended terms and the maturity date of its $24 billion senior secured credit facilities. S&P viewed the exchange as equivalent to a debt default.

Energy Future wasn’t the only portfolio company contributing to the increase in total debt. In fact, all the companies with LBO backers that were not added in the August listing reported higher debt compared to their May 19 levels. The smallest increase was at a 99.26 percent clip by JW Childs Associates LP’s Brookstone Inc. The retailer’s debt level rose to $251.07 million from $126 million.

GS Capital, Kohlberg & Co. and KKR were the only firms with at least two investments in the latest report. In addition, the retail/restaurant industry had the highest level of representation among LBO sponsored companies with five. The chemicals, packaging and environmental services sector followed with four companies, and then by media and entertainment with three.

Four of the five portfolio companies removed from the list in the June report were a result of S&P’s decision to revise to “stable” the CreditWatch status or outlook on these businesses including Oaktree Capital Management LLC’s Cannery Casino Resorts LLC and Crestview Partners LP’s Symbion Inc.

The fifth exit in the June report was by El Pollo Loco Inc., backed by Freeman Spogli & Co. and Trimaran Capital Partners LLC. In June, S&P raised the restaurant chain’s corporate credit rating to ‘B-’ from ‘CCC’ and revised the outlook to stable from negative. The moves were a result of El Pollo’s plans to refinance its debt, which S&P expected would improve liquidity.

Through Aug. 17, S&P issued a ‘D’ or ‘SD’ rating to 20 entities so far this year. The count excludes confidential entities. From this list, Buyouts recognized at least seven with LBO sponsors, and they have a total affected debt of $32.04 billion. A large majority ($30.3 billion) is from Energy Future Holdings Corp.’s Texas Competitive Electric Holdings Co. LLC subsidiary that had its corporate credit rating reduced to ‘SD’ from ‘CC’ on April 20, after receiving lender consent to amend its senior secured credit facilities and to extend the maturities of some debt.

Despite the additions to the defaulters’ ranks, the level of affected debt decreased from the $33.6 billion on May 19. The decrease was a result of a reduction in Texas Competitive Electric’s debt.

Separately, Buyouts tracked a dozen sponsor-backed companies that have filed for Chapter 11 bankruptcy protection so far this year. Two filed during the third quarter. The first was on Sept. 7, by Cerberus Capital Management LP’s Newpage Corp. The papermaker has been hurt as demand for its products have declined with the growing popularity of electronic devices like the iPad. It is also facing higher costs. Cerberus added the Miamisburg, Ohio-based business to its portfolio in 2005 for $2.3 billion. Newpage ended June with assets of about $3.4 billion, but liabilities of around $4.2 billion. No other LBO-backed company that filed for bankruptcy protection this year has this level of assets or liabilities.

The other filing was by Accel-KKR Inc.’s Alexander Gallo Holdings LLC on Sept. 8. The Atlanta-based provider of court reporting and litigation services has seen its sales decrease as law firms and other companies reduced the use of outside legal services. Alexander Gallo Holding plans to sell assets to H.I.G. Capital’s Bayside Capital affiliate.

One other development at a LBO-backed company that filed for Chapter 11 earlier this year occurred on Aug. 24, when Nebraska Book Co. received court approval allowing a vote on a plan that will give control of the college bookstore operator to bondholders. A hearing is scheduled on Oct. 4. Weston Presidio-backed Nebraska Books had about $657.2 million in assets and $564 million in debt on Feb. 14.

In addition, MidOcean Partners-backed Sbarro Inc. will learn on Sept. 26 if the bankruptcy court will allow the pizza chain to forward its reorganization plan to creditors for a vote. Sbarro filed for Chapter 11 on April 4. The Melville, N.Y.-based company’s business is hurting because consumers are spending less as a result of the weak economy.