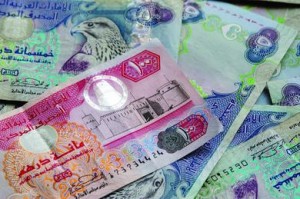 “A huge transition has taken place in the Middle East,” says Mounir Guen, CEO of private equity advisors MVision. “The heads of family investment groups and the sovereign wealth funds are extremely savvy individuals who have been educated at the best schools in the world. This is a challenge to third party investors. Instead of saying ‘this partner is very good’, these individuals know that they can make better returns.”

The growing confidence of Middle Eastern investors to take their own decisions and achieve high returns is reflected in their choice of investment, according to Guen. “The newer groups are more direct investment oriented. They want a co-investment relationship and want to grow that part of their work with private equity partners. They want to purchase assets,” he says. “There is certainly a tilt in the region towards proprietary ownership, whether of buildings, land or brand names.”

There is more sensitivity to cash returns among the family groups than among the wealth funds, says Guen. “They isolate their investment into private equity. If you pay cash returns, they will roll it back into their investments, but if you haven’t given them anything back within 18 months, they won’t come back in.” The actual make-up of the family groups has remained fairly stable, he believes, with around 25 families making up the bulk of the market, most of them with more than 15 years’ experience of international investment.

Diversifying away from a reliance on hydrocarbons has been a major driver for Middle Eastern investors for some years and the momentum remains outwards and into new sectors. Dubai now has large financial and technology centres, while the most significant investment funds are looking for opportunities as far afield as Brazil. The Abu Dhabi Investment Authority, the Kuwait Investment Authority, The Saudi Arabian Monetary Agency and Dubai International Capital have all started negotiations with Brazilian contacts in recent months. Banco do Brasil??? has opened an office in Dubai, while direct flights between Dubai and Sao Paulo have begun.

Having made the majority of their wealth from oil and gas, Middle Eastern investors are now increasingly eager to invest in green technology and alternative energy initiatives, according to Swati Taneja, director of the Private Equity Forum that took place in Dubai this summer. “The region has amassed new fortunes from the rising worldwide price of oil and gas and now sees huge opportunities in green investing,” he said. “Green investing is emerging as a new theme for the region. Private equity investment in clean technologies was identified as a major opportunity at the Forum.”

According to the recent World Wealth Report from Merrill Lynch, an estimated 20% of wealthy investors in the Middle East have already allocated part of their portfolios to green technology and alternative energy – more than any other region. Whereas at least half of Western investors in these sectors claimed to have done so out of a sense of social responsibility, in the Middle East, two-thirds were motivated by the potential high returns, says the Merrill Lynch report.

While many Western investors have been restricted in their activities by the credit crunch, Middle Eastern investors with less reliance on leverage have been announcing ambitious new funds. Most recently, Gulf Finance House and Ithmaar Bank, along with Abu Dhabi Investment House are raising US$1.5bn for infrastructure vehicle InfraCapital, a further US$1bn for agriculture fund AgriCapital and $1bn for a hospitality development fund. Each of the investments will be Shariah-compliant, with the infrastructure vehicle able to deploy $6bn of capital using Islamic finance and the agriculture fund using $3bn.

As Mounir Guen at MVision points out, many Middle Eastern investors are sensitive to Islamic issues, being sure not to invest in companies related to alcohol, gaming or pornography, but “it is a very practical region,” he says. What private equity managers need to beware of is pushing Middle Eastern investors too hard, especially the family funds. “You can’t over-sell,” says Guen. “You need to be very patient. If you shove something at them, they will walk away.” And there is a slightly unforgiving flavour to the investing philosophy, he believes. “If you have lost money for someone, they won’t work with you again.”

Sharply rising wealth and the more adventurous policies of some Middle Eastern investors has contributed to dramatic gains on regional stock markets, according to recent reports. The Dubai market rose by 32% in the year to August 2008, while the Kuwait market rose by 30%. These figures have prompted some analysts to point to the region as a more attractive investment location than the BRIC economies, as political stresses in Russia and regulatory difficulties in China have taken the shine off some emerging economy opportunities.

The Morgan Stanley Capital International (MSCI) BRIC index has risen 7.5% for sterling investors in the past year, whereas the MSCI Arabian (excluding Saudi Arabia) index has given total returns of 23.6%. This is the kind of figure that is attractive to investors of all kinds.