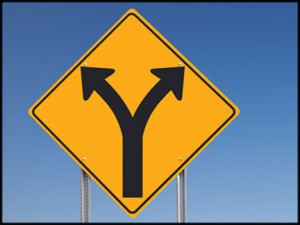 One problem for founders can be simply giving enough responsibility and compensation to the next generation of managers at their firms. As one limited partner told Buyouts, asking not to be identified for fear of disrupting relationships with fund managers, “When you build up a firm, it’s hard to let go.” By the same token, however, it ought to be in the self-interest of the senior generation to cultivate continuity within the organization, the LP added: “The wealth of the founders is tied up in the future success of the firm.”

The issue is likely to receive more scrutiny in coming years, as investors weigh the ability—or the willingness—of aging fund managers to effectively deal with younger executives chafing to make their own mark on the industry. The phenomenon has to be counted a major risk factor in making a commitment to a private equity fund.

At the same time, spin-out teams do create new investment opportunities for investors. In our most recent quarterly review, on Oct. 14, the Buyouts fundraising table included about 30 funds that were identified as debut vehicles; collectively, those funds are seeking nearly $9 billion in commitments.

In the case of HGGC, which has rebranded itself as HGGC as it launches a second fund, executives ran the generational transition with a campaign straight out of the management-succession playbook. They announced the changes early, for example, and they did so well in advance of raising their next fund. Co-founder Robert Gay, the most senior remaining executive, stepped down in 2012, accepting a call to work full-time on behalf of the Mormon Church. The firm announced its new leadership line-up, with co-founders Gary Crittenden, who had been chief executive since last year, becoming the firm’s chairman and Rich Lawson becoming CEO.

But another transition has been taking place below the surface, as a group of former HGGC employees earlier this year quietly launched their own investing firm, Tower Arch Capital, according to two people with knowledge of the situation. The team includes Rhett Neuenschwander, David Parkin, Ryan Stratton, David Topham and Thomas Feveryear, according to the new firm’s website, which identifies all the team members except Feveryear, the firm’s controller, as HGGC veterans. The firm has offices in Draper, Utah, near Salt Lake City.

Tower Arch Capital is said to be preparing to seek $400 million for its debut fund, according to one person who is aware of the firm’s plans. The firm says on its website that it plans to invest in U.S. companies generating revenue of $10 million to $100 million or EBITDA of $3 million to $15 million. While Tower Arch does not identify target sectors for its efforts, its focus appears to be on lower mid-market industrial companies, the person said.

The Tower Arch Capital website also includes a testimonial from Jon Huntsman Sr., one of the founders of HGGC who stepped back from day-to-day management after the firm raised its inaugural, $1.1 billion fund in 2009 in order to devote more time to his extensive philanthropic interests. He says of the team: “I have closely observed the personal integrity, investing capabilities, and operating skills of the four founding members of Tower Arch Capital. They are uniquely qualified to create significant equity value with entrepreneurial and family-run businesses.”

Huntsman, who made his first fortune at the eponymous multinational chemical company Huntsman Corp, was always more comfortable with the industrial sector rather than the high-tech deals that came to dominate HGGC, one person said. A second source said that Huntsman is Parkin’s father-in-law, which also could help explain the elder statesman’s interest in the new group.

HGGC should be able to weather the departures; the firm lists 18 investing pros on its website. And with the completion of the sale of hybris Software, the firm reported that it had returned all the capital committed to its $1.1 billion debut fund, with eight platform investments remaining in its portfolio out of 13 total platforms. The sale boosted the returns on the 2009 vintage vehicle, Huntsman Gay Capital Partners Fund LP, which had been returning a 1.3x investment multiple and a 10.9 percent net IRR as of March 31, according to investor California Public Employees’ Retirement System.

The firm is now telling prospective investors in Fund II that the information services portion of its portfolio, almost two thirds of the total, is returning a multiple of 3.6x and a realized IRR of 82.8 percent, according to a portion of an investor presentation that was reviewed by Buyouts. The industrial portion of the portfolio, which contains most of the rest of Fund I’s holdings, has produced a 1.6x multiple and a 17.7 percent IRR, while the much smaller consumer segment of the portfolio is yet unharvested, the presentation shows.

HGGC declined to comment for this story, citing the confidentiality rules surrounding fundraising. Tower Arch Capital did not respond by deadline to requests for comment.

In the case of CHS Capital, the disclosure in March that the existing partnership would not raise another fund spawned a series of new firms to spin out within a matter of weeks.

Brian Simmons, a managing partner and co-founder of CHS Capital, said he and a team from his old firm had formed a new firm called Shorehill Capital, which is to seek targets with enterprise values of $25 million to $300 million in the industrial and distribution sectors, as Buyouts reported at the time. At the same time, New Harbor Capital LLC was launched by a group including Tom Formolo, Ed Lhee, Jocelyn Stanley and John Pircon. While Simmons and Formolo will both be launching new firms, the two buyout pros and others will retain their management duties to run the existing portfolio at CHS Capital, a source said at the time. Meanwhile, Daniel Hennessy, a partner at CHS Capital, has formed Hennessy Capital LLC as a successor vehicle, a source said.

Neither CHS Capital nor executives of the new firms responded by deadline to requests for comment. Another Chicago buyout shop to be a source of spin-out groups over the years has been GTCR, originally Golder, Thoma, Cressey & Rauner. The firm, while maintaining its core identity, has spawned a number successor firms including Flexpoint, Thoma Bravo and Cressey & Company. Bruce Rauner, one of the original partners, disclosed in 2010 that he was stepping back from an active role in the management of the firm in advance of launching a new fund.

The long farewell gave LPs a chance to battle-test the successors while the rainmaker stay on for a farewell lap, and it gives younger members of the team the opportunity to establish themselves. Rauner didn’t actually step down from the firm until 2012, when he launched a campaign to become governor of Illinois.

But lengthy transitions also can pose risks for firms. “Sometimes when you anoint a successor or a group of successors, people who thought they were in line for those posts become disillusioned and leave,” said one longtime observer of the industry.

Even the mega-firms are not immune from spin-outs. Kohlberg Kravis Roberts & Co has informally appointed successors but executives such as Henry Kravis and George Roberts remain actively involved. The firm had something of a blowup in 2005 over that issue, when partners Edward Gilhuly and Scott Stuart, who had been with the firm since 1986 and were seen as potential candidates to one day run it, resigned  at the end of 2005 to form a new growth equity firm, Sageview Capital. In another notable KKR departure, two investing pros, Perry Golkin and Michael Tokarz left the firm last year to form the firm Public Pension Capital LP, an evergreen fund with a strategy to pursue small to mid-sized companies in consumer products, energy, financial services, health care, industrials and specialty chemicals sectors. KKR, of course, had a bench that was deep enough that the departures didn’t destabilize the firm.

“When you build up a firm, it’s hard to let go,” said one limited partner, asking not to be identified while talking about fund managers with whom he has ongoing relationships. Thomas H. Lee Partners LP went through such a transition in the mid-1990s. Partner John Childs had done a number of successful deals, including the buyout of Snapple, but when he went off to found JW Childs Associates LP, the move put pressure on firm founder Tom Lee to spread the carry and to bring in more people to the investment decision process, one industry observer recalled. Over a period of years, Lee did hand over control to his team, including Scott M. Sperling, Anthony J. DiNovi and Scott A. Schoen, while he stepped back from day-to-day responsibility, but ultimately Lee went on to form a new firm, Lee Equity Partners LLC.

Lee declined to comment for this article. But the New York Times, reporting on Lee’s departure from his old firm in 2006, said that while there had been some rumblings about disharmony within the firm over Lee’s role, Lee and the firm’s other partners said such talk was unfounded and that his departure was amicable.

In many cases, firm founders seem to have no desire to leave their careers behind, which means that the spinout route is likely to remain a prominent avenue for younger team members for the foreseeable future. “Look at Wilbur Ross,” one LP said. “He has been successful well into his seventies, and he has no transition plan.”

Ross did not respond by deadline to a request for comment. The Wall Street Journal reported in 2011 that LPs, concerned about succession planning at the firm, won an agreement in the firm’s latest fund to give investors more protection. The firm originally marketed the fund without naming Ross as a sole “key man” whose departure alone could lead to a suspension of investments.