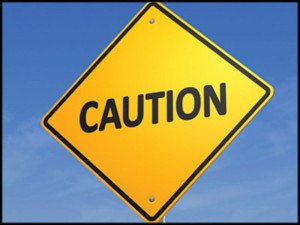 However, as difficult as it has been for the industry to grow, funds of funds are likely to remain a staple investment for new private equity investors, smaller investors, and investors eager for a simple way to diversify their portfolios into niche areas.

The overall fundraising picture for the fund of funds industry is not good. In 2011, the industry raised $17.7 billion globally, a shocking 72 percent less than the $64.2 billion it raised at its peak in 2007, according to Preqin, the private equity data provider. Worse, the funds of funds industry saw a steeper fundraising fall-off than the rest of the private equity industry. On the whole, money raised by funds of funds in 2011 accounted for just 6 percent of all the money raised by private equity firms globally, a far smaller share of the pie than the 12.4 percent share that the industry took in during 2007, according to Preqin (see accompanying table).

Consider the latest flagship fund from HarbourVest Partners, the world’s third largest funds-of-funds firm with $34 billion in assets. With a $2.5 billion target, HarbourVest Partners IX LP has been in the market since 2009. Were it to reach it target, it would still be less than half the size of the $5.5 billion that the firm raised for its previous flagship fund, the 2008-vintage Fund VIII.

Brooks Zug, HarbourVest’s senior managing director, says his and other firms are indeed raising less money than they were during the boom. “Traditional investors have less money to invest,” he said. But in the long run, he predicts, “they will be investing similar amounts of money.”

The overall drop of assets being raised by funds of funds is partly the result of large public pensions gradually shifting away from such vehicles. Instead, they’re making more private equity decisions on their own. “That shift alone has caused a fair amount of assets that had been in funds of funds to leave,” said Erik Hirsch, the chief investment officer at Hamilton Lane, a large private equity adviser and manager of $22 billion in assets, including funds of funds.

Among the public pensions that have sharply curtailed their use of fund of funds are the Oregon Investment Council, the New York State Common Retirement Fund and the Pennsylvania State Employees’ Retirement System.

The combination of fundraising difficulties and moves by some giant financial institutions to get out of the funds of funds business are two factors that have led the industry to consolidate, and a number of mergers have taken place in the last two years. The largest funds-of-funds firm by assets, AlpInvest, merged with The Carlyle Group in 2011. StepStone Group bought two funds-of-funds managers, a Citigroup Private Equity unit in 2010 and Parish Capital in 2011. HarbourVest bought Absolute Private Equity, a Swiss-based funds-of-funds firm, in 2011, and the funds-of-funds unit of AXA Private Equity is reportedly for sale.

One of the more obvious downsides of funds of funds has been an additional layer of fees—typically 1 percent of assets, annually, while a few firms also earn a performance fee. This additional layer of fees comes on top of the “2 and 20” management and performance fees that are typically charged by underlying funds. These additional fees weigh down performance, making it more difficult for investors to reap the returns they are looking for, typically 300 to 500 basis points above public equity benchmarks such as the S&P 500.

Funds-of-funds managers primarily offer two kinds of funds: those that invest across a wide range of private equity funds to give clients a diversified portfolio, and those that focus on a particular area—say Asia buyouts—to give investors exposure to a hard-to-research niche.

Smaller funds of funds typically concentrate on particular sectors, geographies or strategies. In addition to offering diversified pools, most of the largest firms also offer secondary and emerging markets funds, and many also offer vehicles in such areas as infrastructure, co-investments and Chinese private equity.

The shift away from funds of funds by large U.S. pensions has prompted the industry to look elsewhere for money: especially to corporate pensions, family offices and pension funds overseas. “There are a tremendous amount of institutional investors on a variety of continents that don’t have exposure to private equity, and funds of funds are a natural first entry point,” said Bondurant French, who runs Adams Street Partners, the 10th largest fund of funds firm with $23 billion under management.

Overseas fundraising has been especially important for Adams Street. “What’s different today is where our investors are located around the world. Twenty years ago, our client base was 100 percent in the U.S. and now about half of our new money is coming from outside the U.S.,” said French.

Indeed, many public and corporate pension funds remain very strapped for resources. They simply don’t have the manpower to perform the due diligence on a growing universe of private equity funds.

“It is not necessarily the case that pension funds have all graduated to making primary private equity investments on their own,” said Mounir Guen, chief executive at MVision, a placement agency. “Pension funds have very tight budgets and, if anything, those budgets have only become more constrained,” he said.

And when it comes to serving their investors well, said Hirsch, fund of funds firms “are increasingly aware that scale matters. You’re in a world today where having more assets, more people, and more offices are huge advantages.”  Firms have to spend the resources to “cover the world and do it locally,” he said. “And like everything, the client always wants more.”