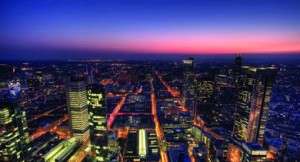 In the original deal, the buyers paid US$342m for the business when it was sold by Pittsburgh-based Alcoa in February 2004.

Explaining the acquisition, Sylvain C. Denis, chief executive officer of Dubai International Capital Private Equity, said “Almatis possesses all the qualities that we seek in pursuing our private equity investment strategy. It is a market leader in a growing industry, with strong management and good business fundamentals. It is an industry that we understand well and offers an exciting emerging market growth opportunity. We will be working closely with Almatis’ management team, under the leadership of Martin Laudenbach, to realise the company’s potential for growth and expansion across product categories, as well as new geographic markets, such as the Middle East and Asia”.

, which is headquartered in Frankfurt and employs over 900 people in factories across the world, specializes in researching, developing and producing specialty alumina materials used in various industrial manufacturing processes such as steel refractories, ceramics and flame retardants.

It already has eight factories in Germany, the Netherlands, the US, Japan, China and India, and is looking to grow it presence in the last pair as well as Russia, Brazil and the Middle East. It is undertaking an expansion program to raise its global capacity by almost 20% to around 750,000 tons by 2010.

Global production of steel is expected to grow at a compound annual growth rate (CAGR) of 5% from 2006 to 2012 and most of the growth is anticipated to come from the Middle East and Asia, whereas China alone is forecast to grow at a CAGR of at least 10%. Almatis is the only producer in China, having established manufacturing operations since 2001, which were recently significantly expanded.

This is the second time Rhone and Teachers’ Private Capital has tried to sell Almatis. In September 2005 Investcorp was expected to acquire the company for around US$900m, but negotiations collapsed the following December.