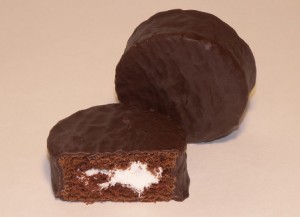 The move underscores the growth prospects of Hostess as well as its quick turnaround. In 2013 the Kansas City, Missouri-based company was picked up from bankruptcy by private equity firm Apollo Global Management LLC and consumer industry investor C. Dean Metropoulos for $410 million.

Hostess, which launched a process to sell itself earlier this year, snubbed offers in recent weeks from other companies and private equity firms that valued it at between $2.4 billion and $2.5 billion, including debt, the people said.

Hostess will now borrow money to pay a dividend to its owners, the people said. It will also begin preparations in the coming months for an IPO that it believes will give it a higher valuation than the acquisition proposals it received, the people added.

The sources did not specify when the IPO could take place and asked not to be identified because the deliberations are confidential.

“In recent weeks, Metropoulos & Co and Apollo Global Management have received proposals for both the sale of Hostess Brands and an IPO. At this time it is premature to consider either alternative. Hostess has experienced a tremendous turnaround in the past two years and we are excited to continue to build upon the strong growth of these iconic American Brands,” Metropoulos said in a statement.

Founded in 1930, Hostess is one of the largest wholesale bakers and distributors of breads and snack cakes in the United States. Its products, particularly the golden, cream-filled Twinkies cakes, are deeply ingrained in American pop culture and have long been packed in school children’s lunch boxes.

When the company filed for bankruptcy three years ago, it blamed heavy debt and burdensome wage and pension obligations for its financial woes.

Under Apollo and Metropoulos, it relaunched its brands, improved its profitability and regained market share, focusing on distribution channels where it had historically lacked a significant presence, such as dollar stores and vending.

The credit ratings agency noted however that Hostess’s market share is still below pre-bankruptcy levels. It has the No. 2 spot in U.S. sweet baked goods, trailing McKee Foods Corp.

(Reporting by Olivia Oran and Greg Roumeliotis in New York)