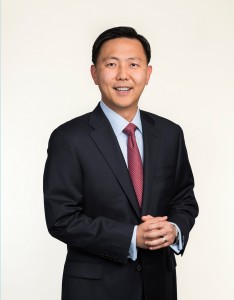 “They were losing business to us and they were seeing the trends in the industry,” Golub said. “It’s good for us and good for them. They’re top dealmakers and this is the right place for them.”

All told, Golub Capital added about 40 people in the past 12 months and may hire 20 to 25 people this year, Golub said.

Golub Capital’s hiring experience is hardly unusual in today’s market as direct lenders, also known as non-bank commercial lenders, continue to grow their presence in middle-market senior loans as big banks focus on larger deals of $400 million or more. It’s a macro trend that’s been picking up steam and is likely to continue with the onset of new rules and capital requirements for banks both in the U.S. and Europe, according to industry players.

While corporations may use public equities, cash or bond debt to acquire a target, senior debt remains the biggest piece of leverage deployed by buyout firms in their deals. Senior debt often comprises 3x EBITDA on a total of 4x EBITDA in total debt on a given buyout. Senior debt holders often have a first lien on all the assets and stock of the company, exposing them to less risk compared to mezzanine debt or second-lien debt. Senior debt holders are typically first in line to get paid back in the event of a company bankruptcy.

Overall, favorable conditions remain in the senior loan market, with a healthy pace of mergers and acquisitions stoking debt deals. With hot competition for targets and relatively cheap leverage, middle-market senior debt multiples climbed to 4.3x EBITDA in 2014, up from 4x in 2013 and 3.5x in 2012, according to S&P Capital IQ. Total leverage in middle-market deals rose to 5.4x EBITDA in 2014, the highest level since 2007.

Among larger senior deals for $500 million or less, Credit Suisse led the league tables with $3.98 billion in book runner volume in 2014, followed by $3 billion for General Electric Co and $1.9 billion for Bank of America Merrill Lynch, according to Thomson Reuters LPC. (See chart).

In deals under $100 million, Madison Capital Funding, a unit of New York Life, led the league tables with $787 million of senior loan business in 2014, followed by $666 million for General Electric Capital Corp, and $189 million for RBS.

To be sure, these league table mostly reflect senior loans that have been syndicated to debt investors, and may not be included if an LBO is financed through a structure that is not syndicated, according to a spokesman for Thomson Reuters LPC. (According to Golub Capital’s own ranking of senior loan lenders that includes its internal data, the company was No. 1 in senior loan volume by number of deals in 2014, followed by Madison Capital Funding and GE Capital.)

In terms of market conditions this year, the view remains mostly upbeat, but less optimistic than a year ago, according to an annual lender survey by Lincoln International, an investment bank that provides debt advisory services to middle-market firms. In its survey of nearly 100 lenders, Lincoln found 47 percent expect higher loan volume of all types in 2015, compared to 64 percent in 2014, and 14 percent of lenders expect lower loan volume, up from 8 percent in 2014. In addition, just 19 percent of lenders think senior loan leverage and pricing will move higher in 2015, a sharp drop from 47 percent in 2014, the survey found.

Some of the less bullish sentiment may reflect the closely watched plan by the U.S. Federal Reserve System’s Federal Open Market Committee to begin raising interest rates this year. Any changes will reverberate throughout the LBO market.

“If interest rates rise, the cost of capital is higher, your fixed coverage charge may be higher, and you may not be able to put as much leverage into a deal,” said Ronald Kahn, managing director of Lincoln International.

Any changes in interest rates won’t affect the market dynamic favoring direct lenders for middle-market deals, however. Like Golub, Lincoln International plans to add staff this year after increasing its ranks by 14 percent in 2014.

Sunny Khorana, managing director and head of sponsor coverage at Fifth Street Asset Management Inc, said his firm has been tracking a pullback in leveraged lending appetite both at the regional commercial banks and larger arranger banks. Fifth Street has been moving up market with its hold sizes on senior stretch and unitranche offerings as an alternative to the syndicated senior and junior loans arranged by the banks.

“Nowadays, some of the larger non-bank institutions can take down sizeable pieces, and in some cases the entire credit facility, with these products,” Khorana said.

One banker at a big Wall Street institution acknowledged it’s less appealing for banks to pursue senior debt deals of less than $400 million, and that more middle-market deals of $150 million to $400 million are going to non-bank competitors.

“Broadly defined, large institutions are under a lot of financial and return pressure,” the banker said. “As a result, that’s meant trying to do more business with less bankers and trying to use capital with the highest return when they use it. Naturally, that causes the smaller deals to receive less focus.”

Under the most recent interpretations of federal banking guidelines, banks may have to demonstrate that about 50 percent of a senior loan can be amortized within five years, said Stefan Shaffer, managing partner of SPP Capital Partners, a middle-market investment bank that raises senior debt. Banks have the leeway to do loans outside of this guideline, but it could open them up to increased regulatory scrutiny.

By contrast, non-bank commercial lenders may require as little as 2.5 percent of the principal in required amortization per year, giving them an actual cost advantage on many senior debt loans.

Regulatory scrutiny isn’t expected to ease any time soon. The LBO industry is working off Federal Reserve guidelines originally published in March, 2013. This past November, the Fed published a list of Frequently Asked Questions for highly leveraged transactions (or HLTs) in a move seen as a warning shot to the industry about following the rules.

“For the first time, banks are saying as a matter of policy, ‘We won’t do a deal greater than 3x EBITDA for senior and 4x EBITDA in total debt,’” SPP’s Shaffer said. “If they are above 4x EBITDA, they generally want an enhanced amortization rate.”

Jonathan Bock, a director at Wells Fargo Securities who follows the senior loan market, echoed the sentiment of a sustained advantage for non-bank commercial bank lenders.

“There will continue to be a flight toward the non-bank model because of the enhanced flexibility it offers,” Bock said. “Banks will win the low-cost, plain-vanilla loan all the time, but we don’t live in a plain-vanilla world.”

Golub said non-bank lenders remind him of commercial banks of the 1960s and 1970s, when big banks arranged loans for middle-market companies and held them on their own books, rather than selling them off to investors via syndication.

“All those players either transformed themselves into investment banks or they went out of business,” Golub said. “Non-bank lenders like us today — at least the ones who really are structured to be long-term lenders and solution providers — we’re the successors of the regional bank that used to lend its own money to companies that made things.”

“Fundraising is robust now because a number of leading players have proven it works, because we’ve demonstrated good returns, and because investors have very few alternatives in the low interest rate environment,” Golub said.

Jeff Kopocis, principal at Altius Associates, a separate account and private equity advisor, said he’s seeing more private credit funds in the market today than six or 12 months ago, partly because of LP interest, along with long-term changes in rules governing big banks.

“In terms of non-bank commercial lenders, our view is the opportunity is still early and this isn’t something that’s a temporary dislocation,” Kopocis said. “Parts of the regulatory environment are going through a structural shift. The shift is just beginning in Europe, with banks starting to assess their problems. So, I’d expect hiring to continue and more funds to be out in the market. The capital raised relative to the opportunity set is relatively small. There’s still a gap and still an opportunity for plenty of groups to play in the sandbox.”