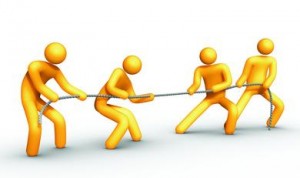 Directors have to walk a tightrope of responsibility at the best of times. In the current economic climate, where some private equity portfolio companies are facing liquidity challenges, it is crucial that directors have been nominated by private equity managers or investors to sit on the boards of their investee companies are aware of the duties they owe – both to the investee company and to its creditors.

Nominee directors cannot simply look after the interests of the investor shareholder who has appointed them. Instead, and where appropriate, they will need to balance these interests alongside fulfilling the legal duties owed as a director to the company and its creditors.

Nominee directors and their duties

The position of the nominee director in law is a difficult one. In English law all directors owe the same basic duties to the company whether or not they are appointed by a third party. The general duties of directors have been set out in statute, which, amongst other provisions, includes ‘promoting the success of the company’, ‘exercising independent judgment’, ‘exercising reasonable care, skill and diligence’ and ‘avoiding conflicts of interest’.

As a result, a director who acts merely as a representative of the investor that has appointed him runs the risk of being in breach of his duties as a director and may be sanctioned accordingly. The recent English case Re Southern Counties Fresh Food Limited reviewed the position of nominee directors and reinforced the message from the courts that nominee directors owe the same duties to a company as any other director.

Nominee directors will need to be mindful that they have a relationship of trust with the company. They owe the company a range of fiduciary duties in addition to their statutory obligations, for example the duty of confidentiality, which will of course apply to all directors – nominee or not.

Directors will owe duties to the company to which they are appointed, regardless of its solvency. These duties arise from both statute and common law as referred to above. The director of a company that is in financial difficulties will need to be all the more vigilant.

The economic focus of directors’ actions will begin to shift, from maximising value for shareholders, to perhaps reducing the short-fall owed to creditors. This will mean that a nominee director must consider the interests of creditors, as well as shareholders, when exercising his general duties.

Directors must also be aware of the provisions of specific insolvency laws that may be applicable in these circumstances and, as in English law, the potential criminal sanctions they carry. If a company goes into insolvent liquidation and a director has failed to adhere to his duties they may be liable for wrongful or fraudulent trading and/or disqualification from acting as a director.

In outline, the director of a company in financial difficulties should:

• ensure all board minutes and communications are documented

• not mislead creditors about the company’s financial position

• consider all alternatives, including injecting fresh equity into the company, selling all or part of the company’s business, selling the company, refinancing or restructuring, or commencing formal insolvency proceedings

Whilst nominee directors may want to use their skills to preserve value on behalf of the entity that has appointed them, they must tread carefully. They must constantly be aware of the duties they owe in their capacity as directors of the company to which they are appointed, all the more so if it is in financial difficulty. In recent times it has been well illustrated that a director’s actions are likely to be scrutinised, particularly where creditors or regulators are potentially seeking redress.