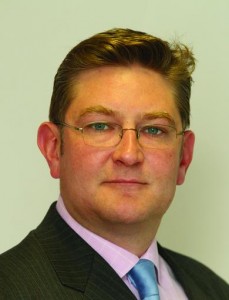 Buyout firms deciding to delay sales of portfolio companies due to price uncertainty could be making a mistake.

Buyout firms putting sale processes for strongly-performing companies on hold are misjudging the direction prices are likely to head and failing to take advantage of the current divided state of the market.

Price uncertainty in today’s market is a result of the buyout industry being a lot less homogenous than it was last year.

“In today’s split market there are still buyout houses willing to pay good prices for good companies so putting a planned sale process on hold is a mistake. The market will not remain split and in the medium term, when pricing converges, there’s a big downside risk of lower values all round,” said White.

“Private equity houses choosing to defer exits risk the market converging at lower valuations and missing this split market window,” said White, noting that the buyout industry had just come out of a period of booming prices.

The split in the market may persist for some time but there is consensus that prices are gradually heading south to fall into line with the era of lower leverage in which we now find ourselves.

The fact that more than two-thirds of respondents had delayed sales suggests that the performance of some portfolio companies is taking a battering. As buyers and sellers of businesses, buyout firms might be waiting for prices to come back in order to sell portfolio companies but as buyers, they are also waiting for them to come down so are likely tuned into the dissension on prices at play in the market.

In the meantime, while exits are delayed and holding periods rise, buyout firms are increasingly focused on building up their existing portfolios.

The survey found that 51% of private equity-backed companies expected to acquire another business prior to being sold on.

The appetite for bolt-ons is strong – 97% of private equity players expect one in four of companies in their portfolios to undertake a bolt-on prior to exit and 70% say that they expect to conduct bolt-on acquisitions in at least half of their portfolio companies.

“There is significant pent-up demand for bolt-ons,” said White. “There are over 1,200 mid-market private equity portfolio companies and bolt-on deals will underpin a lot of M&A in the mid-market for the next few years.”

It seems that mid-market advisers will be busy over the next 12 to 18 months advising on a higher number of smaller deals, depending, of course, on the supply of suitable bolt-on companies to the market.