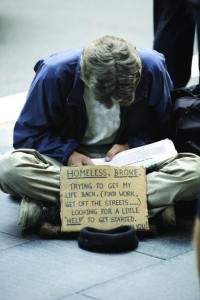 In the 1990s wealthy American dot.com entrepreneurs turned ‘do-gooders’ cottoned on to the idea of venture philanthropy (VP), which applies the principles of venture capital and private equity investing to charities. Many of the 90s breed failed miserably in the not-for-profit sector and retreated to Melno Park.

A decade later, Europeans embraced the notion and set up the and the , and venture philanthropies such as were born.

Impetus receives most of its funding from the private equity industry, including , , , and . And three years ago it made a £330,000, three-and-a-half year commitment to homelessness charity St. Giles. The charity’s executives wanted to change its focus and were mentored along the way by Impetus – who also called in private equity teams to evaluate the business model and develop a plan for step change, and accounting firm KPMG donated its services for a fiscal review of the business. Originally, the charity focused on projects linked to what it determined were the four main causes of homelessness: mental health; drugs and alcohol; poor health; and poverty. As 60% of people released from prison are homeless, St. Giles and Impetus determined it was best to focus solely on a prison training operation that was a unique approach to homelessness. Inmates receive training to an NVQ level (equivalent to two UK A-levels) to deliver housing and other advice to fellow prisoners and in turn gain a transferable skill. Since 2004, the charity has grown from working with three prisons to 17. And the charity’s service expenditure has grown from £1.3m in 2004 to £2.8m in 2006.

Impetus is now looking towards an exit but the VP is treading on new ground. CEO Danelia Barone Soares says: “The VP that is most similar to our business model is New Profit Inc., which is based in the US. And it has decided that it will never have an exit. That charity is employing venture capital ideas of change management and turnaround but will not be making exits. We want to make exits but will not leave our charities in the lurch.” Barone Soares, who was formerly with BancBoston Capital, is a VC through-and-through and is approaching this exit with the same techniques used regularly in that industry. The charity is already financially self-sustainable and Impetus has been phasing out its investment but for it to continue on its growth trajectory it will need another long-term investment. Impetus is exploring the possibility of merging St. Giles with another homelessness charity, or finding another venture philanthropy house or foundation to take over its funding. Barone Soares and her team organised a roadshow to find an investor, a completely novel concept in the charity space. The executives of St. Giles practised their pitch in front of some venture capitalists and the team were thoroughly grilled. “It is unlikely that other VPs or foundations will be so quizzical but it was good training for the team and it helped to build their confidence,” says Barone Soares.

It may also be possible for St. Giles to take a long-term loan because it owns its building and could do sale and leaseback, enabling it to fund its own growth. Barone Soares says: “St. Giles also has some income-generating consultancy work so they would qualify for a loan. We are trying to use all our experience in the venture capital industry to make this and all the charities we invest in successful.”