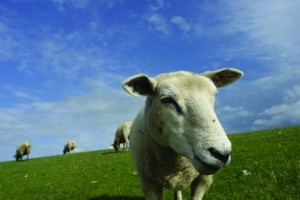 A recent article in the London Times newspaper lead with the headline “Hello Dolly, but things aren’t looking swell”. It is true that the European Biotech sector continues to face some serious challenges in accessing capital. In addition, there is a feeling that a number of companies, particularly some smaller cap companies listed on AIM, remain undervalued and under capitalised. However; companies, both public and private, have increasingly taken advantage of the concern that larger pharmaceutical companies have – that their development pipelines are not sufficiently advanced to replace existing products that they will lose patent protection. This has lead to the completion of a number of high profile M&A and licensing deals. The good news is that the sector has seen a number of exits where Pharma has been willing to part with cash to secure exclusive access to technology either through M&A or partnering transactions. Does biotech face a challenging environment? The answer is yes. Can biotech still succeed in the European market? Yes!

M&A has been king over the last 12-18 months. Larger biotechs and pharmaceutical companies are increasingly looking to acquire smaller entities in order to access potential new products to boost their development activities. This trend has been supported by the inability to list biotechs which are not sufficiently mature, coupled with the desire of investors to end their financing commitments by securing an exit. This had led to transactions such as the acquisition of Oxxon Therapeutics by Oxford BioMedica and the acquisition of Paradigm by Takeda. The desire of VC’s to move companies forward without further exposure to funding those companies has also lead to a number of structured deals. Plethora Solutions entered into an interesting arrangement with Metris in 2006. Plethora licensed two clinical stage compounds from Metris. The VC investors in Metris subscribed £750,000 in new Plethora shares.

Pharma has been very active in M&A. KuDOS Pharmaceuticals and Arrow Therapeutics were both acquired by . In December 2006 was acquired by , and was acquired by . The Domantis acquisition for £230m in cash was one of the largest acquisitions in terms of size for a private biotech. AstraZeneca have also been active in the public markets. Having entered into a strategic alliance with CAT in 2004 AZ decided they liked the company so much that they bought it in 2006 in a £702m deal. The good news for investors on each of these exits was that the acquirer paid cash upfront to secure ownership of the company and the underlying assets. This has allowed the investors to return cash to limited partners. The M&A cash exit is very attractive to investors as an IPO exit will usually involve investors locking up stock on the IPO for a set period to comply either with the rules of the relevant exchange or the requirements of a sponsor and, in addition, sign up for an orderly market restriction for a period following the end of the lock up. An IPO is often not a real liquidity event for a financial investor.

In 2006 there were more alliances between pharma-biotech and biotech-biotech than any year in the industry’s history. On one analysis, by , there was more than $20bn raised in 2006 through partnering deals, exceeding the $17bn raised in 2005. The strong desire by pharma to fill their pipelines has driven demand to a new level and pharmas are now prepared to pay considerable sums for products still at the stages of pre-clinical development or Phase I clinical trials. One analysis estimates that the vast bulk of deals now occur at the discovery or pre-clinical stages i.e. it being far less common to see deals after the results of Phase II clinical trials or with Phase III clinical trials progressing. Partly this is because valuations have risen so much for a product at this stage that there is every incentive for the pharmaceutical company to strike a bargain at an earlier point in the product development cycle.

Dolly has not quite turned to lolly. Though the public markets continue to be challenging there is a lot of opportunity in the market place. Perhaps the biggest dilemma is how early stage companies are going to be funded to allow them to develop into the CAT’s and Shires of the future. The surge in M&A activity has almost prevented Europe from producing the European equivalent of Genzyme or Amgen. Promising companies, even substantive companies like CAT, have increasingly been seen as good opportunities by larger pharmaceutical companies.