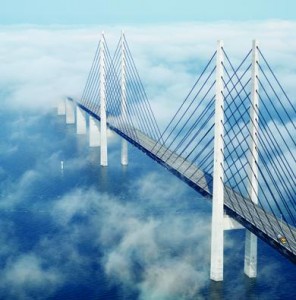 Across the Nordic countries, venture capital investment in science and healthcare, including biotechnology, pharmaceuticals and medical technology (medtech), has steadily increased in volume and importance in recent years.

In Sweden, healthcare receives by far the largest share of venture capital investment, with more than €1bn heading into the sector each year, according to the latest figures from the Swedish Venture Capital Association. Medtech was the fourth largest recipient, with €556m, but ranked by number of investments in the country, medtech was the most popular sector, with 117 deals recorded in 2007, against 99 in biotechnology, 75 in IT and 70 in pharmaceuticals.

Following the completion of the Oresund Bridge linking southern Sweden and northern Denmark in 2000, a new concentration of biomedical institutions developed between the two countries, commonly known as Medicon Valley. In the succeeding years, the region has grown to become Europe’s third-ranked biomedical cluster, behind the Oxford-Cambridge-London triangle in the UK and Paris in France, attracting funding from around the continent and further afield.

More than 500 life science companies are located in Medicon Valley, with around a third of them dedicated to research and development. To encourage a strong flow of new companies and entrepreneurs in the region, a series of formal initiatives have been taken by both Swedish and Danish Governments, aiming to draw out the work of academics into the commercial world, to introduce venture capital funds to bright new ideas and to fund research and development.

A number of incubators, part funded by governments and part by private industry, provide finance for initial research and ‘proof of concept’ studies, to persuade VC funds that the risk of supporting them is sufficiently low. Also known as ‘sites of innovation’, they typically demand part ownership of start-up companies of between 5% and 20%, in return for initial funding of between US$40,000 and US$50,000.

In the 1990s, venture capital was wary of investing in biomedical science companies, since they lacked sufficiently detailed understanding of the science behind the research and the development and marketing of biomedical products in either small or large pharmaceutical companies. It remains one of the largest hurdles that biomedical entrepreneurs have to overcome, even when they have resolved issues of patent applications and proof of concept.

Nevertheless, Nordic countries have succeeded in bridging this gap in perception in many notable cases, working both within the region and with other European partners. Bavarian Nordic, for example, is a Danish-German partnership working on biotech products in both countries. Many start-up companies work alongside industry giants such as UK-Swedish pharmaceutical major AstraZeneca with its US$30bn annual revenue and 67,000 employees, or Denmark’s Novo Nordisk (US$6.5bn, 15,000 employees).

Henrik Pavia, a marine biologist at the University of Gothenburg, is conducting research that could lead to innumerable biotechnological and medical advances. He is discovering how marine organisms produce and utilise chemical substances, and how these marine bioactive substances can be used to create medicines for humans.

Set against such tales of optimism and discovery, the Swedish Life Sciences Industry Organisation SwedenBio has evidence that its members are struggling in current conditions.

At the beginning of 2009, a survey indicated that a quarter of its member companies had less than six months’ cash, and almost a half had less than 12 months’ cash. It noted that with VCs receiving less funding to invest in high risk businesses, young and innovative biotech companies are getting into financial trouble. Stock markets are closed to fund raising, while large companies are concentrating on their core products.

Biotech shares have fallen drastically in the past year, asset values have diminished and many small companies are facing bankruptcy, workforce cuts or limiting their R&A efforts. Commercial lenders have tightened their criteria, meaning that development finance is reduced, while the general level of mutual trust and confidence between banks and biotech start-ups has fallen.

“The situation is even worse now than it was at the beginning of the year,” says Mats Berggren, head of SwedenBio in Stockholm. “In the Swedish life sciences sector, there are many relatively small companies, not yet on the market but very close to it. This industry has been vital to the Nordic countries for the past 10 to 15 years, so of course it is a challenging situation. We think this special situation requires government action.

“We risk losing great ideas, when we should really prioritise cleantech and other innovative industries as a way to remedy the financial crisis. Sweden has world class companies but it needs a world class structure to support it – we believe that 70% of OECD contries have tax incentives to stimulate investment in life sciences, but we have nothing in Sweden.”