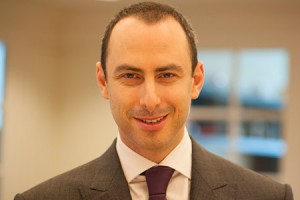 The recap will contribute heavily toward the return of about 60 percent of the original equity investment in DPx, formed after the combination of JLL’s Patheon business and DSM Pharmaceutical Products. Dutch conglomerate Royal DSM continues to own about 49 percent of DPx, while JLL owns 51 percent.

DPx is issuing what’s known as Pay-in-Kind (PIK) toggle notes, which allow an issuer “to pay interest for any given period in cash, in kind, or 50 percent in cash and 50 percent in kind,” according to a definition by law firm Debevoise & Plimpton LLP.

Including the PIK notes, DPx’s leverage ratio will be slightly above 5x EBITDA. The company generates about $2 billion of annual revenue as a large provider of formulation, development and manufacturing for the pharmaceutical and biotechnology industries.

Daniel Agroskin, managing director at JLL, said the debt deal reflects the strong performance by DPx and the benefits of its three add-on acquisitions.

“This company has just done a tremendous job from the time we closed on the deal,” Agroskin said. “We’ve been extremely aggressive, and new business wins are strong. We’re driving top-line growth and taking out costs in a very rapid integration.”

JLL has been fundraising for JLL Fund VII, which has a $1 billion target but could go up to $1.5 billion, according to a Buyouts report last year. Agroskin declined to comment on fundraising.