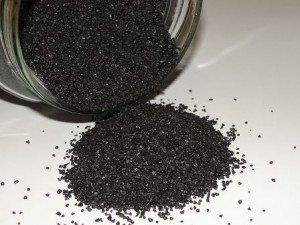 It’s unclear why total committed dollar volumes for credit funds continued to diminish in the second quarter, but an increase in dry powder overall could be a factor. In total, dry powder available to private debt fund managers rose to $179 billion, the highest level ever tracked by the firm. At the end of 2014, dry powder was less than $140 billion.

“With unspent capital now at record levels, investors may be hesitant about committing to new funds until they see existing investments deployed into viable opportunities,” Ryan Flanders, head of private debt products at Preqin, said in a prepared statement.

Direct lending funds drew 39 percent of the capital raised in the second quarter, followed by 32 percent for distressed debt funds, 12 percent for special situations and 10 percent for mezzanine funds.

“The credit space has seen nearly seven years without a downturn, which is the main catalyst for gathering of assets among strategic distressed managers,” Preqin said. “It was interesting to see how the global credit story develops in the wake of Greek debt issues affecting European and world economies.”

More private debt funds are currently in the market, and their combined dollar total suggests that GPs hope to draw a bountiful crop of capital in the balance of 2015.

Oaktree Opportunities Fund Xb from Oaktree Capital Management leads the list of private debt funds currently in the market, with a target of $7 billion. Tied for second with a target of $4 billion each are Fortress Credit Opportunities Fund IV from Fortress Investment Group and Mount Kellett Capital Partners III from Mount Kellett Capital Management.

The Oaktree and Fortress funds are both distressed debt, while the Mount Kellett fund will take aim at distressed situations.

Of the funds currently out on the road, 41 percent have been in the market for more than 18 months. That’s an increase of six percentage points from the previous quarter. Funds in market for less than six months accounted for 21 percent of the total in Q2, down from 29 percent in the first quarter.