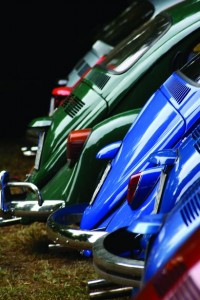 IAG chief executive officer, Michael Hawker, said: “On any measure, the acquisition of Equity makes strategic and financial sense. Equity is an ideal fit with our acquisition criteria in stable yet profitable markets like the UK – it’s a motor-led insurance business with consistently high margins in its markets and a strong management team.”

It has remained profitable for 37 years and has kept a combined operating ratio (COR) that has outperformed the UK motor market by an average of 15% per annum over the past 25 years. Its focus is higher margin, specialist segments of the motor market.

Duke Street and Englefield took the company private in July 2005 when it was known as Cox Insurance, with each firm taking a 40% interest each. The management team took the remaining 20%.

Over the last 17 months a new senior management team was installed, including a new chairman – Julian Avery – and chief executive – Neil Utley – to oversee a new strategy and the re-branding to Equity Insurance Group. Equity Red Star took a more aggressive commercial approach to provider better service to its broker partners while significantly reducing its exposure to the legacy commercial underwriting business (Syndicate 1208) by settling claims and profitably reducing the number of live exposures.

Significant investment in Equity Insurance Brokers saw the business expand its coverage in the UK by opening up an extra 14 stores, taking the total number to 69. There has also been investment to improve its transactional website, which has been credited with increasing the number of direct brokering sales as well as attracting affinity schemes with First Direct, Renault UK and Ryanair.