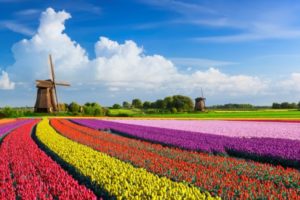 Waterland Private Equity Investments is targeting €2.5 billion ($3 billion) for its eighth flagship fund, according to documents posted on the Massachusetts Pension Reserves Investment Management Board.

According to its website, Waterland’s investment strategy focuses on a “pro-active ‘top-down’ analysis,” looking for industries it thinks have long-term potential. Some of the economic fundamentals it takes into account are an aging population, outsourcing and digitalization, leisure and luxury, and sustainability.

MassPRIM’s board approved a €65 million ($78.2 million) commitment to the fund at its meeting Tuesday. The $80 billion pension has invested in one previous Waterland fund. Investment officer Alyssa Fiore said the commitment to Waterland was part of staff’s initiative to commit to more firms that do small buyouts.

The fund has also received a €90 million ($108 million) commitment from Texas County and District Retirement System, according to its website.