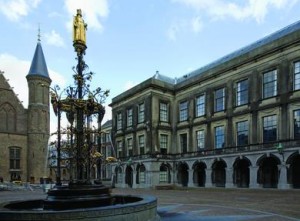 In May the Dutch minister of finance presented a new taxation bill, which has significant implications for private equity and venture capital. The bill proposes that carried interest or similar rewards, such as “sweet equity”, will be regarded as ordinary income and subject to Dutch income tax at a rate of up to 52%.

This new system would represent one of the highest tax rates on carried interest in Europe and would be much higher than in the UK, where recent changes introduced a top rate of 18% on capital gains tax that applies to carried interest.

Currently, carried interest or similar remunerations are usually taxed at an effective rate of 1.2% or, if the private equity managers have a substantial interest, such as more than 5% of the shares, at a flat rate of 25%.

The plans relate to “lucrative interests”, which are certain kinds of shares or remunerations. These would attract a top income tax rate of 52% or a flat rate of 25% if held through an entity in which the individual has a direct interest. It would apply to the shares held by management teams in many buyouts.

According to law firm SJ Berwin, the new system would, in theory, affect non-Dutch taxpayers if the “lucrative interest” is intended as remuneration for services rendered in the Netherlands, but overseas taxpayers would usually be protected by double tax treaties.

There are no plans to grandfather existing interests, which means that if a private equity manager receives carried interest in February 2009 then the full return is taxed at the new rate and not just the value growth in January 2009. According to law firm Allen & Overy, this results in a deliberate retroactive effect and double taxation, as part of the return has already been taxed under the previous system.

The proposals came from the Dutch Corporate Governance Code Monitoring Committee, also known as the Frijns Committee, after its chairman. The package of recommendations by committee was attempting to address concerns in the Netherlands over excessive executive pay in Dutch corporates.

Tjarda Molenaar, director of the Dutch private equity and venture capital association () says she is very concerned about the proposals and particularly their effect on managers of portfolio companies. “We’re also worried about the lack of transitional provisions, which is unusual for changes to the tax system in the Netherlands. Normally transitional provisions are not introduced if there has been some kind of abuse of the previous system, but nobody is suggesting that.”

Molenaar adds that it is unfair that private equity has been included in the measures, which were initially aimed at curbing executive pay in the corporate world. She says: “There have been criticisms of private equity in the Netherlands, such as over high leverage or the effect on the financial system, but these have been tackled by the financial authorities.” There has not been a controversy over private equity taxation, she adds.

The NVP will be lobbying politicians over the changes and, while there may be some modification of the bill, it is likely to be largely intact as it goes through the legislative process.

But the implications for private equity in the Netherlands are serious, believes Molenaar: “It will mean the investment climate for MBOs worsens because there will be less of an upside for managers,” she says, adding that many people think the returns managers make from buyouts are automatic, rather than an investment that also carries risk.

It will particularly hit smaller funds, such as venture capital funds, with €20m or less. Fund managers in smaller funds depend even more than others on the carried interest, says Molenaar, because they receive lower management fees. “The changes will make venture capital less attractive at a time when the Dutch Government is trying to stimulate investment in start-ups,” she says.

Olaf van der Donk, a partner at Allen & Overy in Amsterdam, says that it may be advisable for private equity managers to transfer their interests to a substantial interest company, so as to be subject to an effective tax rate of 25% rather than 52%. He adds that private equity firms should review and consider modifying their current carried interest structures before 2009, so as to limit the effects of the new law.

According to SJ Berwin, the proposals are likely to pass through the Parliament and Senate without major changes, as they are part of a larger tax bill that includes other measures on the political agenda for some time, such as an employer taxation of 30% on certain excessive redundancy payments.