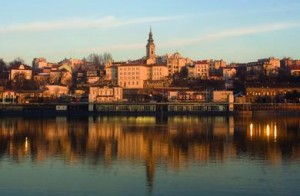 Brian Wardrop, co-managing partner at CEE house Arx Equity, says that, like Western Europe, the region’s print businesses have been hit hard by the advertising recession and fall in circulation. “Terrestrial TV in the CEE is often politicised and some PE houses have had their fingers burned trying to invest there as it’s a sector that tends to be dominated by local business people.”

But much of the media industry in the CEE region remains attractive for PE players, he says, as there is still higher growth potential compared with more developed markets in areas such as average revenues per cable subscriber or the percentage of GDP represented by online advertising.

Two firms active in the CEE media space have been Warburg Pincus and Mid Europa Partners. Warburg Pincus has been putting together online media assets in an attempt to build a pan-CEE online platform or set of portals. It began in 2007 with the acquisition of Czech Internet company Centrum, the second largest Czech Internet portal. To this Warburg added another leading Czech portal, Atlas, and then market-leading Croatian internet portal Adriatic Media.

Mid Europa Partners, meanwhile, acquired cable and broadband operator UPC Slovenia in July this year from Liberty Global. It was the first leverage buyout in CEE since Q4 2008 according to Mid Europa. In an interesting twist, Mid Europa once owned Telemach, the business that evolved into UPC Slovenia, before selling it to UnitedGlobalCom.

In October this year the firm bought Bulgarian direct-to-home (DTH) satellite pay TV operator ITV Bulgaria in October. Other investments include the 2007 acquisition of Serbian cable TV firm Serbia Broadband (SBB), which was the first leveraged buyout in the country. In November this year Mid Europa acquired a majority stake in Hungarian telecom company Invitel Holdings.

SBB has been generating an annual revenue growth of 60% over the last two years. It has become an increasingly important media player in the region, as the largest cable operator in its home market and in other markets through its DTH satellite dish platform Total TV, which offers satellite services to viewers in several countries in the former Yugoslavia. SBB and UPC Slovenia’s operations are now closely co-ordinated.

Mid Europa has made media investments in more established CEE markets like Poland, where it owns the fourth-largest cable operator, but managing partner Thierry Baudon says that it is particularly interested in opportunities in South-East Europe/the Balkans. “We’ve acquired a ‘triple play’ provider with UPC Slovenia, which offers phone, broadband and cable, as well as a satellite TV business in Bulgaria and a telecoms business in Hungary, which also has a media aspect as it offers IPTV (internet protocol TV) to its subscribers.”

He adds that there is now a certain blurring of the lines between what used to be considered “telecoms” or “media” and that Mid Europa does not differentiate between the two in a rigid way, apart from content production, which it sees as a totally different business model.

The PE house has always preferred to invest in media infrastructure rather than content, he says, and opportunities in the Balkans are greater because the media industry is less mature there. “The region has been a bit neglected when it comes to local language programming because it is a relatively small and fragmented area but we believe there is value in putting together an offering targeting the cultural space of former Yugoslavia.”

He adds that Bulgaria, even though it does not belong to this area, strictly speaking, nevertheless shares some cultural similarities.

“When we assemble that local language content we can distribute it, along with all the other channels and services, through our infrastructure of cable, DTH and so on,” says Baudon.

The firm has never been particularly interested in free-to-air TV, he says, partly because that business is so dependent on advertising and therefore faces a very challenging environment in today’s climate. The advantage of building a business in cable, satellite and triple play is being able to develop a long-term subscription base, he says: “If we can offer people local language programming, rather than just dubbed Western programmes, as well as 50-100 channels and broadband then that is a very attractive proposition.”

Whether there will be more media investments in the region by Mid Europa remains to be seen, says Baudon: “When you start to dominate in a particular market you find that the deals start coming to you and we’re therefore very aware of the opportunities coming to market. I imagine we may do more deals, going forward, but not as many as we’ve already done.”