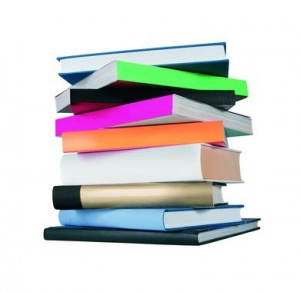 “We’re trying to spend a bit of time there this year to find out who the runners and riders are. Whether we can do any deals there, I don’t know, but we particularly like the market dynamic in Turkey,” he explained.

“It’s a very young population, becoming better educated, beginning to spend some money, and those characteristics traditionally drive a lot of advertising.”

GDP growth in Turkey has exceeded 5% for the past three years and is set to continue on the same trend in 2008 and next year, while total domestic demand is tipped to grow 6.2% and 6.8% respectively, according to OECD forecasts.

In a sign that the country is prepared to open up more to outside ownership, Turkey’s Government is reported to have been considering allowing outsiders to own up to 50% rather than 25% of private broadcasters.

The lower limit was blamed for ending foreign interest last year in the sale of the ATV-Sabah broadcast and newspaper group that was eventually acquired by a Turkish conglomerate.

3i has been active in the B2B field over the past year or so, acquiring VNU Media, the market leader in the online and print recruitment advertising market in The Netherlands, in February 2007.

It signalled its further ambitions in the area last autumn with the high-profile appointment as senior adviser of Rosalyn Wilton, chairman of Ipreo LLC, the merger between financial information group Hemscott Plc and i-Deal, a US provider of software, analytics and services to the global capital markets industry. Wilton is working with 3i’s media team to identify deals in business information, with the focus being online opportunities.

3i is not the only big name eyeing up Central and Eastern Europe.

is also looking around and is similarly interested in areas where it has succeeded previously in B2B, such as EurotaxGlass, the leading pan-European provider of data and intelligence on cars; Bureau van Dijk, the business information firm sold to BC Partners last year; and Wood Mackenzie, which provides research and consulting to the world’s energy and life sciences industries.

“It’s early days yet,” cautioned Simon Leefe, the Candover managing director who was responsible for the 2003 acquisitions that created Springer, the world’s second largest publisher of scientific journals.

“But I suppose there are companies there that are a little bit further behind in feeling the threat from the Internet. There are often frequently fewer newspapers, fewer magazines, so competition is less intense. And if you look at countries like Poland, there’s a reasonable population and therefore a decent sized economy.” The Nordic countries are also on his radar.

Smaller B2B players are also hopping on the plane east. , which typically makes investments of £10m to £50m in UK based companies, will shortly extend the reach of its stable of titles to the Middle East.

Andrew Hartley, August’s managing partner, revealed that it is to launch a magazine joint venture in the Gulf state of Dubai aimed at ultra-rich customers and those who charter, build, supply, inspect, repair and maintain super yachts for them.

The development follows Boat International’s similar, successful 50:50 joint venture in Russia, geared toward the needs of Russia’s burgeoning numbers of millionaires and billionaires.

Not only does Boat International have a dominant and well established position, it is aimed squarely at a luxury market whose end users are less sensitive than most to economic cycles.

These forays east underline the crowded nature of competition for B2B media deals in Northern Europe, dwindling larger scale opportunities because of consolidation, and vendors’ elevated expectations on price even though economic uncertainty has dented the share prices of quoted B2B companies in the UK.

By mid-December last year, the B2B story appeared to be flagging. The first part of 2007 had seen significant M&A activity in the sub-sector, extending the buoyancy of 2006.

But in quick succession, Emap called off the sale of its B2B unit at the £1.3bn asking price, and Huveaux, publisher of Dod’s Parliamentary Companion and Letts exam guides, announced that August Equity had ended talks over a possible buyout: exit the last private equity interest in Huveaux. Shares in other B2B groups – United Business Media, Centaur Media, and Euromoney Institutional Investor – had also fallen back significantly.

Then in a complete about-turn, said that Apax Partners and Guardian Media Group would jointly buy its B2B brands for £1bn plus £240m to cover debt and pension provisions. Candover, Cinven, Permira, and Providence Equity Partners had also been competing for the assets which include Retail Week, Broadcast, and Nursing Times.

The offer represented a 58% premium to Emap’s share price, demonstrating the value that the prospective buyers placed on the assets as a scale opportunity in a consolidating space and with synergistic potential.

is expected to merge some or all of the Emap interests with Incisive Media, which Apax took private in 2006, paying £199m. The combined business will present a serious third-placed challenger to rival B2B giants, market leader Informa, and number two, United Business Media.