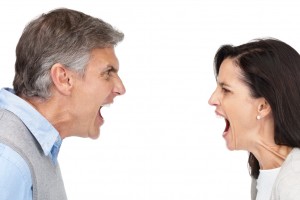 A recent dust-up at the California Public Employees’ Retirement System between a board member and private equity investment staff has officially moved into the realm of the absurd.

Now, I’m never one to object when things turn absurd — it keeps life interesting. But in this case, I’m objecting because the histrionics are getting in the way of resolving an important issue: namely, making CalPERS as transparent as possible around private equity.

A “secret,” closed-door meeting between offended CalPERS board member J.J. Jelincic and some of the system’s top investment leaders collapsed recently. The meeting was meant to clear the air between Jelincic and private equity officials who had a disagreeable interaction at a public meeting in August.

The closed-door session fell apart after Jelincic asked to bring people in, but was denied by CalPERS leadership, he told me in a recent interview. He then asked to tape the meeting, but was again denied. “I was told, if I taped, there would be no meeting. As a result, there was no meeting,” Jelincic said.

“I’m not really excited having a meeting where I can’t bring anybody and have a record,” he said.

A CalPERS spokesman confirmed Jelincic’s recounting of the event. “We did not agree to have the meeting recorded. J.J. picked up his stuff and left,” said Joe DeAnda, CalPERS spokesman. “Additionally, in an email J.J. sent to Henry [Jones, head of CalPERS investment committee], he said he thought the media should be invited, but again that was not the purpose of the meeting.”

The purpose of the meeting, presumably, was to illustrate to Jelincic that CalPERS private equity staff, including PE Chief Real Desrochers, understand how private equity works.

Desrochers stumbled through an explanation of how a fee offset works at an investment committee meeting in August. He seemed confused and gave an inaccurate answer. Others LPs have told me they don’t understand why Desrochers acted that way, given that he is intimately aware of how private equity works.

Jelincic has been asking some routine but important questions about private equity. He does seem to have an agenda. When asked if he thinks CalPERS should drop private equity altogether, he said he didn’t know.

Jelincic’s questioning is fair and appropriate, especially considering CalPERS admitted earlier this year it was not tracking how much carried interest it was paying GPs.

Why is this stuff important? Because the public deserves to know the full cost of private equity — even if carried interest represents the profit sharing between LP and GP.

The public should know many GPs who claim to have significant skin in the game through GP commitments are using management fee waivers. That sort of arrangements allows LPs to waive a proportionate amount of the management fee in exchange for a priority allocation in the fund. But it also allows GPs to shift money that would be taxed as ordinary income into capital taxed at the lower capital gains rate.

That kind of thing deserves to be talked about in a public forum. Let taxpayers decide for themselves whether or not they like that sort of arrangement.