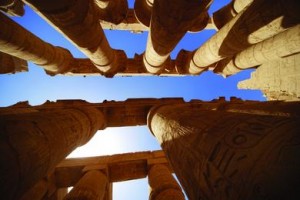 Ever alert to the untapped potential of regions and countries that have not so far enjoyed dramatic periods of growth, the international investment community has lately turned to North Africa as a new source of upside profit, and to Egypt in particular.

Both Carlyle and Investcorp have lately set up dedicated Middle East and North Africa (MENA) funds with a specific remit to look at Egyptian opportunities, while 3i and Credit Suisse are partnering with regional firms.

From within the region there has also been a renewed interest in Egypt, as Middle Eastern funds such as the Dubai Group have made significant investments in the country. Earlier in 2008 the group acquired a 49 per cent stake in Egypt’s Sphinx Glass Company, in partnership with Cairo-based private equity firm Citadel Capital.

Using state of the art technology, Sphinx will produce 220,000 tons of ‘float glass’ (manufactured by pouring molten glass onto a bath of liquid tin, forming glass through flotation). Egypt’s access to fuel resources and to sand – the primary raw materials for glassmaking – give it a competitive edge.

Hisham El Khazindar, co-founder and managing director of Citadel Capital, points out that Egypt has not so far needed to draw on global private equity funds for investment since there has been an abundance of local capital willing to invest in growth, mainly from the Middle East. “In this region, home-grown investment banks reflect a unique aspect. As an emerging market, it has allowed home-grown institutions to become established, so that there has been no need for a Goldman Sachs or a Carlyle, as there has been in India or Brazil.

“In BRIC economies, global funds were the only alternative, they didn’t have domestic private equity firms, so most capital was coming from the big Western firms. In the Middle East it is a bit different, you have firms such as ours which has grown to a relatively large size – we have invested US$ 8bn across the region, which is very significant for an emerging market.”

Citadel Capital has employed a variety of investment strategies, from picking up distressed assets, to consolidation plays, to LBOs and greenfield venture capital developments. “In my view, in an emerging market, you need to have the flexibility of different approaches to seize on opportunities when they arise,” says El Khazindar. Even so, the majority of Citadel’s investments have been at the upper end of the scale, typically around US$ 100m in value.

El Khazindar notes that several smaller private equity firms in the country are currently waiting for privatisation opportunities from a government that has publicly committed itself to this route. “But given that the pace of privatisation has been relatively slow, they may find themselves lacking in opportunities,” he warns. “A couple of major companies have not sold because the offered price was not attractive.” Of 38 transactions carried out by Citadel in its five years of operations, only one has been of a state-owned entity.

Fellow North African state Libya could provide some attractive private equity prospects, El Khazindar believes, as its government announced in August this year its intention to privatise some assets. Equally, Citadel has offices in neighbouring Algeria. “Our model is to create regional leaders, with competitive advantage and strong potential growth, that can be followed up in countries such as Libya, Algeria and Jordan.

The global credit squeeze has had only a minor impact on Egypt, says El Khazindar. Low loan-to-deposit ratios have meant there is still plenty of room for lending, but the price of debt has risen and banks are now more cautious and careful. “The approval process is taking longer,” he says.

The whole private equity market is fast maturing in Egypt. While there were a mere five exits reported in 2005, last year there were 18 and the prospect of trade sales, secondary sales and IPOs means that global funds are more likely to seek deals in the market. Abraaj Capital’s LBO of Egyptian Fertilizers Company for US$ 1.41bn in 2007 was a breakthrough private equity deal. “The size and scope of this transaction represents a landmark for the region and the private equity industry here,” said Arif Naqvi, Abraaj’s CEO at the time.

Several global funds will have paid attention to this deal and successive transactions, but Hisham El Khazindar at Citadel Capital advises them to be cautious. “The challenge they will face is deal origination. Firms like KKR will see auction opportunities where a large number of players are invited to bid. But it will be very difficult for them to establish a successful and sustainable presence, where they can generate situations where they are the only bidder, or one of a small number. It takes a long time to build those sort of relationships.”