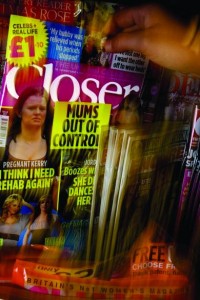 The complex sale of looks unlikely to be resolved before Christmas, according to sources familiar with the situation. The deadline for second round bids in the auction for all or parts of the UK media company passed on the evening of Monday December 3.

However, the banks running the process, and , have indicated that they would be willing to receive further offers over the next few days. The company has yet to update the market formally on the state of play in the auction.

Late entrants to the race could include German magazine publisher , which is apparently interested in the consumer magazine and radio divisions of the group.

The potential bidder would face competition from a variety of private equity groups for the consumer magazines, worth a putative £700m. is supporting an offer by US trade group . and have also joined forces, apparently.

The radio division, which includes Kiss and Magic FM, may see private equity interest from and , which might offer about £400m for the broadcaster. This syndicate is believed to be backing Phil Riley, former boss of Chrysalis Radio.

, the vehicle of , backed by racing entrepreneurs Dermot Desmond, JP McManus, John Magnier and Michael Tabor, is also interested. Global is chaired by former ITV chairman Charles Allen and recently won the battle for Chrysalis’s radio stations, such as Heart.

Paul Bates, analyst at Charles Stanley, said: “Global is quite clearly the bookies’ favourite, after its purchase of Chrysalis Radio. It has good financial backing and the ability to make synergies with its first purchase.”

One problem is that Ofcom, the radio regulator, might not allow Global to own both Heart and Magic, London’s two leading easy listening stations. In that event, Paul Myners, chairman of (), has intimated that it might be keen to buy Magic if it was sold on its own.

GMG has also submitted a joint bid with for the business-to-business magazines division, the principal part of the Emap group. Emap has said it would like the eventual owner of this part of the business to take on Emap’s listed holding company as well.

Myners said: “We certainly find a number of the properties in the Emap portfolio attractive and relevant to us, and have an interest in acquiring them if we can reach agreement with the board of Emap.”

There have been reports that Cinven has withdrawn from the process. It was interested in the B2B activities. Trade buyer Reed Elsevier has also been mentioned as being interested in this division.