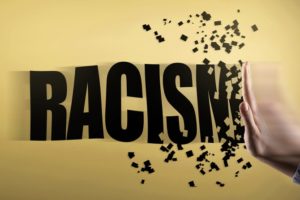 “Private equity today exerts tremendous leverage and influence in our economy and society,” Preston told Buyouts. “I think it has a special responsibility to advance anti-racism causes.”

American Pacific, which in February closed its debut buyout fund at $450 million, pledged 5 percent of annual revenue, or about $500,000, to anti-discrimination initiatives and new opportunities for under-served communities. The move was “internally driven,” Preston said, and “totally unanimous.”

The San Francisco firm was motivated by “the murders of George Floyd, Breonna Taylor, Ahmaud Arbery” and many other African Americans “killed and brutalized by police officers and a system that perpetuates these injustices,” a statement on its website says. The same system “deprives Americans of color education, healthcare, economic opportunity and access to justice,” the statement adds.

American Pacific’s pledge will not be a one-off action, Preston said. It will instead go toward an “in-depth, long-term partnership” with an organization that shares its racial justice goals and commitment to “definitive action.”

“This has been going on for decades, for all of our lives,” Preston said. “When incidents take place, people often tend to get caught up in the emotion and make general or vague statements that don’t lead to anything,” he said. “We believe a tipping point has been reached with the killing of George Floyd and that it’s important to take very specific steps.”

Preston said he hopes other PE firms will launch initiatives similar to American Pacific’s. He estimated that if every firm pledged 5 percent of annual revenue to anti-racism causes, the industry-wide contribution would amount to more than $1 billion.

Several PE firms recently spoke out to condemn Floyd’s death while in police custody in Minneapolis, adding their voices to widespread protests across the US and globally. They include Blackstone, Carlyle, KKR and TPG.

In a letter to staff, TPG co-CEOs Jim Coulter and Jon Winkelried said the incident shined a light on “the long, shameful history of discrimination, hatred and racism in this country.” They proposed a “critical conversation” to “better understand and engage with the difficult factors that drive these pernicious societal ills” and announced donations to the NAACP Legal Defense Fund and Vera Institute of Justice.

Preston said he takes inspiration from the leadership shown by Vista Equity Partners CEO Robert Smith, who also voiced concern this month. In a memo to employees, Smith recalled his own painful experience as a young African American dealing with the murder of his uncle. He called for “love and understanding” to help “make of this old world a new world.”

Another way to strike a blow for racial justice is by promoting workplace diversity and inclusion, Preston said. American Pacific made diverse backgrounds a core approach of its team “from Day One,” he said, primarily to facilitate “good decisions.”

“The key thing is to see what you can do as an individual and as a firm and then keep doing it,” Preston said.