Emerging private equity fund managers must have taken an extra summer vacation. Just five emerging managers raised $848 million from Aug. 28 through Sept. 10, according to Buyouts data, nearly $1 billion less than the prior fundraising period. This period also saw the fewest funds in market this year.

Year to date, new managers have raised a combined $42.2 billion, according to Buyouts. 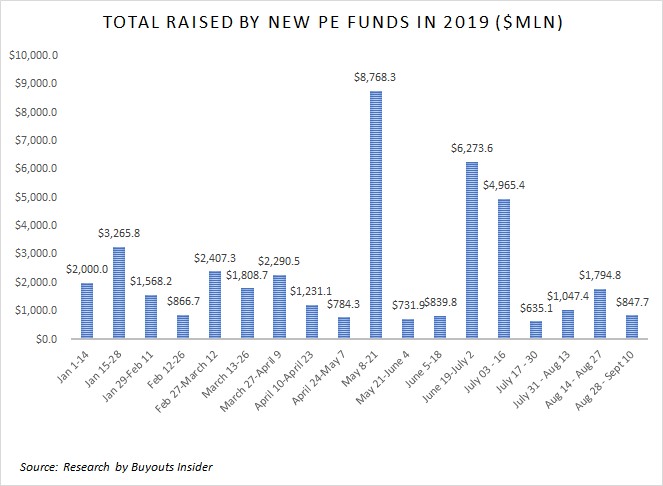 Zebra Capital Management led the fundraising charge. Its sophomore fund closed on more than $404 million from 18 investors, a filing with the SEC showed. The fund targets $700 million.

OnyxPoint Global Management raised the second most. The New York-based firm raised $303.3 million of a targeted $400 million from 29 investors, according to an SEC filing. The firm focuses on the energy sector, making investments across the upstream, mid-stream, oilfield services and manufacturing and power sectors.

LNC Partners was third, raking in $109 million from 45 investors for its sophomore fund. Its debut fund, Leeds Novamark Capital I, closed on $236 million in 2014. The firm provides capital solutions to lower middle market companies.

Below is a rundown of the most significant emerging private equity funds that Buyouts has identified as being in the market over the past few weeks:

Download a spreadsheet with information about all of the funds: Emerging PE Roundup