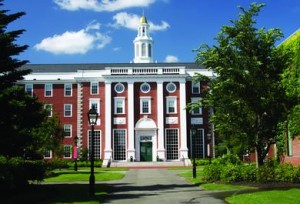 When former US Treasury secretary Larry Summers stirred the hornets nest on sovereign wealth funds (SWFs) on their intention to have controlling stakes, it initiated a serious debate amongst market participants on the issue. Ever since the credit crisis unfolded in June 2007, SWFs have invested large sums of money in various global financial institutions. As per the last estimate by sovereign wealth fund institute, the total assets under management currently stand at US$1.6trn for the GCC-based SWFs. At an oil price of US$100/bbl, the size of these funds could reach US$ 10.5trn by 2020. Considering the size of funds and aggressive investing done over the past year, there is fear that GCC governments may come to own substantial shares in international companies. Are these fears justified? Can they continue their investments without infringing on local ownership and control? A model widely followed by US university endowments.

Such fear emanates from the recent strategic stakes taken by SWFs. Savour a sample. The International Petroleum Investment Co., one of Abu Dhabi’s investment arms, agreed to pay US$775m to buy 21% of Japan’s Cosmo Oil to become the largest shareholder in Japan’s fourth largest oil refining company. Another investment arm of Abu Dhabi, Mubadala Development Company, bought a 7.5% stake in The Carlyle Group, LLP, for US$1.35bn. Not to forget ADIA’s strategic stake in Citibank. Or the Chinese SWFs US$3bn into US private-equity giant Blackstone Group. Aren’t such fears justified?

To a certain extent most Gulf-based sovereign wealth funds have been successful in alleviating such fears. The majority of investments done by SWFs still remain indirect rather than direct. This implies that majority of assets of SWFs are invested through intermediary asset managers, as is the case with most institutional pools of capital such as endowments and pension funds. The experience of many endowments and pension funds suggests that this approach is in most cases likely to produce the best risk-adjusted returns. SWFs will likely lean to a more progressive trend and adopt an investment regime similar to the US university endowments on the basis that their funds are ‘perpetual’ for the benefit of future generations as a way to diversify away from oil and gas-based revenues. This suggests a move towards an investment strategy that favours total returns, equities and increasingly alternatives, with a lower allocation to bonds and cash.

Control is the other question that needs an explanation. Can SWFs secretly control US or UK companies when they invest through private equity? SWF investments in PE are made to obtain the same superior returns PE funds have provided for 20 years to other investors, including public employee pension funds, teacher pension funds, fire and police pension funds, university endowments, and foundations. More importantly, SWFs that invest directly in private equity partnerships are limited partners – minority owners with no voting rights and no role in management decisions, such as determining what companies to buy or how to operate them. In short, there is no legal opportunity for SWFs to exert control over the companies in which PE funds invest.

Critics point to the fact that some SWFs have taken equity stakes in PE firms as evidence in support of this fiction. But in these cases, they are minority investors with no ownership or managerial rights. In fact, several large state public pension funds have made similar equity investments, but no one suggests that they are secretly controlling American companies or hiding behind a veil of secrecy, suggesting that this attack on SWFs is less about facts and more about exploiting fears.

Even more critically, the worries emanate from either U.S or Europe, where economic growth is structurally declining and private equity deal flow is ebbing. One of the most powerful trends that it is likely to unleash is the investment of GCC-based SWFs into their own economies. And why not? The Carlyle Group says that the Middle East is now the “hot spot” for private equity deals, and the British bank HSBC reports that as much as one third of all project finance involves Middle Eastern projects. This kind of activity could have a significant, long-term impact on the politics of the region as Middle East investors begin to look beyond historical-regional conflicts and focus instead on building their economies and generating wealth. As the chief of the Kuwait Investment Authority stated just recently, “Why invest in 2%-growth economies when you can invest in 8%-growth economies?”

The logic of the capitalist system depends on shareholders causing companies to act so as to maximize the value of their assets. It is only obvious that this will over time be the only motivation of governments as shareholders if they want to work on the perpetuity model, as is the case with endowments.