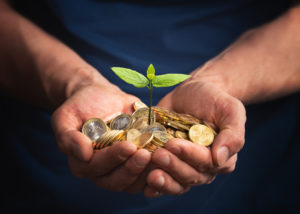 PORTLAND, Ore. – (June 25, 2021) — Endeavour Capital, a private equity firm focused on lower middle market companies located in the Western U.S., closed its eighth flagship fund at its hardcap of $850 million in commitments from existing and select new individual and institutional investors, including charitable foundations, universities, and state pension plans. Fund VIII closed earlier this year and its activation and first investment coincides with the 30th anniversary of the firm.

“Our entire business is built on relationships,” said managing director and co-founder John von Schlegell. “The fact that we’re still going strong after 30 years is as much a testament to the people we’ve partnered with as it is to any financial metrics.”

Endeavour Capital Fund VIII will allow the team to expand its investments in food and consumer, technology and business services, industrials, and healthcare companies valued between $25 million to $300 million.

An exclusive focus on the American West, limited reliance on leverage, and a preference for being a company’s first outside investor differentiate Endeavour from most private equity firms. They work closely with owners and management to evaluate and execute growth and performance strategies to create tenable value for partner companies and the communities in which they operate. Endeavour is committed to leaving a company in a demonstrably stronger position than when it arrived, usually within five to ten years of its original investment.

Endeavour expects to close its first Fund VIII investment in June, partnering with an experienced management team in the aerospace and defense industry to invest in an aircraft components business.