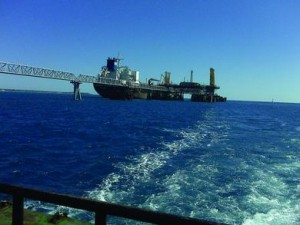 The oil services sector has become the flavour of the year, despite not traditionally being a big part of the leveraged finance market in Europe. With banks backing deals for Expro, Abbot Group and CHC Helicopters, the sector has emerged as one of a handful of areas where sponsors have won the support of banks to launch genuinely large-scale deals.

Leading the race for many of the major energy deals announced since the onset of the credit crunch has been US private equity fund , which is now seen as the premier buyout firm specialising in the energy industry with more than US$12.5bn under management.

Tom Sikorski, a managing director of First Reserve Corporation, who helped set up the London office, said: “Before last summer the fund was relatively quiet on new investments in Europe and elsewhere. Markets were overheating and leverage was too high.

“Instead of competing in overheated auctions, we concentrated on developing our presence in Europe and hiring people in the local markets and developing new sector depth. As a fund, we needed to build local and strategic relationships and contacts consistent with our business model. Over time this strategy has worked, as evidenced by recent strategic transactions with Shell, Vopak and Schlumberger.”

A year on, the story is completely different and activity in the second half of last year, and especially since the beginning of 2008, could almost be described as prolific.

Deals have include the acquisition of oil storage business , renewable energy group , the €2.5bn PTP of helicopter services group – believed to be the largest ever take-private in the oilfield services industry – and the £906m acquisition of , a UK-based oil field services company that owns and operates onshore and offshore drilling rigs and provides drilling services to third parties.

“The debt markets are now much tougher and people are treating us much nicer,” says Sikorski. “We have a depth of knowledge and a lot of capital at a time when people can’t just throw money down.

“It’s a tough environment,” he says. “Last May I was frustrated people were borrowing more than 9x Ebitda but we are more than just money and the debt value falling has allowed us to get busy. Since Christmas we have announced six new deals and two add-ons to existing companies.

“Our team is as busy as I have seen it in five years,” says Sikorski. “Although it has some structural problems that are yet to be sorted, the lending community is looking favourably on the energy sector.”

You don’t have to look far for evidence of this. Although not a First Reserve deal, last month saw banks line up to participate in the £1.605bn bid for UK oil services business .

The business provides well flow management services and products, employs more than 4,000 staff and operates in over 50 countries. Currently, – a consortium of and – have won the backing of the independent directors of Expro.

The Umbrellastream offer is backed by a mix of sponsors’ equity and debt provided by a consortium of RBS, Lloyds TSB, Royal Bank of Canada, HSBC Bank and DnB NOR Bank. As with comparable deals, in the event of a deal going through, the market leads will look to anchor senior and especially mezzanine facilities with a core group ahead of a general syndication.

Both First Reserve deals feature large equity slices. CHC’s has 66% while Abbot has an equity cushion of around 43% of the total pro forma capitalisation.

At the moment the bookrunners behind the acquisition of Abbot Group are out to banks with a reverse structural flex request to increase the senior piece of the US$2.16bn facility. The request is to trim US$75m from the original US$615m bridge to high-yield bonds, with the same amount added to senior facilities.

Investors are being offered increased fees on the existing tickets to approve the flex. A 100bp fee for a US$40m ticket is being increased by 20bp, with 15bp added to the 85bp fee for a US$25m ticket.

A successful flex would de-risk the deal for arrangers holding the bridge to an uncertain high-yield market. While some banks might balk at the boldness of the move in what remains an investors’ market, it does follow a successful general syndication that saw senior facilities three times oversubscribed and offers a hefty margin increase if approved.

A source close to the deal said: “The success of syndication is primarily a result of the strength of the credit. The deal also benefits from the resilience of the oil services sector to any potential consumer downturn, and the combination of a strong management and a sector-focused sponsor in First Reserve.”

Post-flex facilities will include US$1.625bn of senior tranches split into A, B and C term loans and undrawn facilities, and a US$540m equivalent 10-year secured bridge loan facility.

Away from the deal there is a broad consensus among arrangers that any successful syndication is a positive for the market. However, one syndicate official cautioned that the relatively minor increase to senior, adding just 0.2 of a turn of leverage, could highlight a lack of faith in the high-yield market, closed in Europe since July, with arrangers prepared to pay away fees to avoid execution risk.

Conversely, while the US$75m increase to senior facilities is relatively small given the total size of the deal, a successful bank syndication could build momentum for the transaction and potentially make it easier to tap the high-yield market.

A large dollar transaction from a UK issuer in a defensive sector could potentially attract a mix of US and European high-yield buyers, particularly with institutional investors already joining the deal in senior syndication.

According to First Reserve’s corporate literature: “The individual sectors of the energy sector do not march in unison and First Reserve seeks to identify sectors with an improving outlook in advance of other investors and to establish strategic positions, often in niche markets, before acquisition multiples become excessive.”

The fund invests in a broad range of segments within the energy sector, including oilfield services such as drilling service providers and wellhead equipment manufacturers; energy infrastructure and power, such as firms that engineer LNG and natural gas processing facilities or produce power and energy reserves such as oil and gas coal producers, as well as uranium, iron ore and other minerals.

“There are huge structural problems in the energy sector and our aim is to be clever in choosing which sub sectors to invest in”, says Sikorski. “We look at infrastructure type assets such as storage terminals for oil and gas, but we look at assets that are already semi-built – we are not interested in start up risk.

“The increasing cost of producing a barrel of oil is putting pressure on upstream budget levels. As a result, downstream delivery mechanics have tended to become orphans. Oil companies need infrastructure but the cost of finding oil is so expensive the likes of Shell just can’t afford it,” he adds.

In February this year, First Reserve announced the intention to acquire the facility and form a strategic 80:20 joint venture with , an independent storage terminal to operate Borco and turn it into a “a key international hub for crude oil and petroleum products for major oil companies”.

According to Sikorski: “Borco benefits from the general trend of lack of spending in infrastructure related businesses. It is an under-utilised asset; the previous owners Petróleos de Venezuela [PDVSA] did not use the facility aggressively. It only used 9m barrels out of a 20m barrel capacity – the rest was leased out but without any real strategy.”

He continues: “Borco acts as a gateway between demand from the US, which is a big importer of hydro carbons, and supply-side majors shipping from Western Europe, which is more of a diesel consumer, into the US. We have secured a long-term contract with Shell, a good steady player offering them major access into the US without a great outlay of capital by them. There is some excess capacity but there is a great deal of demand, although it is a question of how aggressive customers get on price.”

But First Reserve also has a green side and is an active investor in the renewable sector. Last week saw the completion of the acquisition of solar energy business (€261m) and , a developer and engineering company focused in renewable energy, providing consulting, energy planning and project management services, creating a European renewable energy group with the ability to deliver solar capacity of up to 400MW in Southern Europe over the next four years.

Sikorski argues that going forward, the sector will continue to be attractive, saying: “Although it does have structural problems for which there is no obvious solution; no single silver bullet, the lending community is looking favourably on the sector and there is increasing LP awareness, and we as a fund will continue to think more creatively and aggressively about how we can add value.”