By Bill Myers and Connor Hussey

The SEC’s ramped up enforcement efforts against private funds dragged many firms into the public spotlight, but an analysis of Commission records shows most funds kept cases hidden from the public eye as long as they could, reports Buyouts sister publication Private Funds CFO. 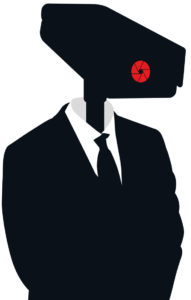 Private funds with $150 million or more in assets under management are generally required to register with the Commission under the Investment Advisers Act. As part of that, funds must fill out a lengthy disclosure form, called Form ADV, at least once a year and within 90 days of their own fiscal year drawing to a close.

Among its myriad questions (a blank form runs to 83 pages), Form ADV asks about a firm’s disciplinary history, including whether the SEC or the Commodities Future Trading Commission has ever “found you or any advisory affiliate to have been involved in a violation of SEC or CFTC regulations or statutes.”

Having asked those historical questions, Form ADV then asks: “Are you or any advisory affiliate now the subject of any regulatory proceeding that could result in a ‘yes’ answer to any part of Item 11.C., 11.D., or 11.E.?”

None of the registered funds that were the subject of enforcement cases this year would speak on the record, and only a handful even spoke on background. But given that the SEC takes nearly two years between opening a case and filing an enforcement action, and given that it’s SEC practice to send out a Wells Notice when its staff has enough evidence to recommend an enforcement action, it’s unlikely that a fund could have been blindsided by blitzkrieg regulators.

An SEC spokeswoman didn’t respond to Private Funds CFO’s requests seeking comment. But much of private funds’ silence depends on the meaning of “proceeding” in 11.G. The SEC’s glossary for Form ADV says the “term includes a formal administrative or civil action initiated by a governmental agency, self-regulatory organization or foreign financial regulatory authority; a felony criminal indictment or information (or equivalent formal charge); or a misdemeanor criminal information (or equivalent formal charge).”

That definition does a lot of work, said Kurt Wolfe, a litigator with Troutman Pepper who represents private funds before the commission.

“If you just take it at face value, it might seem that more things should be disclosed,” Wolfe said. “I think probably most regulators or regulatory attorneys are going to say that no formal proceeding has been commenced until a complaint has been filed. There hasn’t been the civil equivalent of an information or an indictment, and so there’s nothing to report.”

That doesn’t cut a lot of ice with Wolfe’s friend, Ty Gallasch, a former counsel to then-Democratic SEC Commissioner Kara Stein and the executive director at Healthy Markets, a nonprofit Washington, DC advocacy group. Gallasch is a critic of private funds’ culture of secrecy and says this is another example of the kind of regulatory arbitrage that eventually leaves ordinary investors holding the bag.

“I think this commission is really focused on sort of easing the burdens on those collecting investors’ money, and less concerned about the investors providing it,” Gallasch said. “When private funds were a smaller chunk of the market, people didn’t really … pay much attention to it. Now that private offerings have swamped public offerings, it’s a really important matter.”

“When private funds were a smaller chunk of the market, people didn’t really … pay much attention to it”
Ty Gallasch
Healthy Markets

Regulators are keen to bring retail investors into private funds, but Gallasch said it’s hard for investors to educate themselves if one of the SEC’s main tools of public education, the Form ADV, is silent on essential matters like pending enforcement.

“We have a huge problem that, frankly, the commission and the Congress have created,” Gallasch said. “The investors are now making dumb decisions because they lack the information they need. At a basic level, I am concerned that private funds themselves generally do not offer adequate information for investors to make an informed investment decision.”

In Gallasch’s view, private funds ought to be required to disclose a potential enforcement action no later than the minute they get a Wells Notice from the commission, in the same way that publicly traded companies do.

Wolfe said his friend ought to be careful what he wishes for. “SEC investigations can take a long time and it might not always make sense to alarm investors or the market knowing that the way you feel about a matter or the evidence on day 10 may be very different than how you feel about it about day 100 or day 900,” Wolfe said. “What you know in the beginning is certainly not what you may know in the end. And that can cut either way.”

This story originally appeared in Private Funds CFO as part of a cover story package entitled, “Why the SEC is looking at you.” Subscribers can read the full package here.