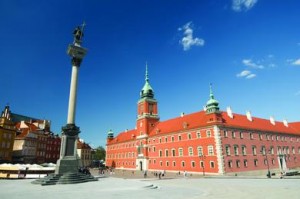 Warsaw-headquartered (EI) has raised €100m for its first VC fund. The vehicle is aimed at providing financing for small and medium-sized companies specialising in technology. Called EVF I, it will make expansion capital investments of between €1m and €5m per company, taking minority stakes.

The largest backer of the fund if the , which, along with its , has invested more than €650m in privately-held companies and venture capital funds globally. Other investors in EVF I are international financial institutions that have been working with EI for several years.

Jacek Siwicki, president of Enterprise Investors, said: “We raised the new fund to meet the huge demand among smaller companies for private equity/venture capital financing. EI grew together with the Central European business leaders by investing ever greater sums in individual projects. However, we are also aware of the needs of the new generation of companies, which are well placed to join the group of largest and most successful enterprises in the future. These are the companies we intend to finance from the capital of Enterprise Venture Fund I.”

EVF I has a particular focus on technology – IT, telecoms and media – but will also consider transactions in retail, manufacturing, business and financial services, and consumer goods.

Rafal Bator, the EI partner leading the venture capital team, said: “We have allocated the capital from EVF I for companies that have been active on the market, have a proven and successful business model and generate revenues and profits, at least at the operating profit level. We have already been contacted by such companies seeking expansion capital, and are in advanced talks with some of them.”

Central and Eastern Europe has been an underexplored region by venture capitalists but as the economies develop and VCs struggle to make investments in Western Europe, East is looking more attractive. In April, UK firm explicitly mentioned investing in the region with its €100m fund, and in February and announced they were entering into a partnership agreement for private equity investments in the Russian market.