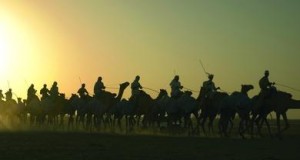 With the shockwaves of the sub-prime crisis still being felt in markets around the world, and the US economy expected to be weak through the first half of 2008 – and possibly for most of the year – investors would be forgiven for being somewhat defensive. With losses exceeding more than US$260bn and expected to reach US$945bn as per IMF estimates, the global financial sector is certainly feeling stuffed.

Indeed, the unraveling of the sub-prime crisis has not only hit the US and European banks but has the potential to de-rail the global financial architecture as it transmits ripples through the Asian and Middle Eastern banking sector also.

Admittedly, the losses reported by these banks have been relatively small compared to their developed country counterparts. While the global economy is likely to reel from the after effects of a highly likely credit contraction scenario, the private equity activity in the MENA region might stay resilient, courtesy high energy prices.

Private equity funds are booming in the Gulf as oil prices have reached record highs. The Middle East and North Africa will likely become the “fourth centre” of global private equity after the US, Europe and Asia according to Carlyle Group co-founder David Rubenstein. According to the latest figures from , private equity firms raised a cumulative US$22.8bn from 2002 to 2007 with six firms accounting for 50% of the fund-raising activity. In 2007 itself, the year the sub-prime crisis broke, the amount of funds committed to private equity increased by 122% compared to 2006. This sudden take-off can be attributed to many factors within the context of the global prominence of PE as an investment class. Leading private equity players in the region believe that the international credit crunch would not affect the regional firms or deals. The Middle East’s private equity industry’s investment opportunities are expected to exceed US$670bn in the next ten years, according to various estimates.

No wonder some of the regional firms are also reaping the benefits of abundant liquidity pool despite the sub-prime shock. , Egypt’s largest publicly traded investment bank, said recently that it plans to quadruple the value of its private equity funds to US$4bn in four years as it expands in the Middle East outside of North Africa. , the private equity arm of Dubai Holding which has more than US$13bn assets under management, is considering substantial increase in its exposure to Middle East, Africa and India.

As the subprime crisis snowballs in 2008 into a global economic slowdown (or recession), the impact of such a negative turnaround in the world’s economy on growth in the Gulf cannot be clearly assessed. However, it is expected that the Gulf will be one of the least affected regions given the huge reserves supporting an aggressive fiscal policy. Nevertheless, the next few months will be difficult for all financial players. The previously timid interest of international firms in the region was suddenly emboldened when The Carlyle Group announced its plans to raise a MENA fund for up to US$750m by 2008. Carlyle is following the footsteps of many international players, like 3i, TPG, Deutsche Bank, Credit Suisse, CVC, Ripplewood, HSBC, and EMP. The entry of Carlyle will definitely entice many other global heavyweights to establish funds for the region.

Even more critically, the private equity sector in the Middle East will likely remain largely unaffected by the sub-prime crisis, as, unlike Western economies, PE acquisitions in the region are not leveraged. In the MENA region, most acquisitions are not leveraged. These may be the concerns on a global level, but they are not applicable here. Also, when debt is used, it can often be provided by local banks that aren’t affected by the credit squeeze to that extent. It is noteworthy to mention here that total losses due to such write-downs emanating out of sub-prime related activities have been less than US$2bn for the Gulf banks.

The most important point is that private equity companies in the West are dependent on financial engineering and the ability to leverage businesses to a very large extent in order to achieve returns- which is what generated alpha. In this region the underlying growth story for a lot of these private equity opportunities means that the bulk of it comes from economic growth as a result of the price of oil, as opposed to the financial engineering. Private equity companies in the Middle East are less dependent on being able to leverage business at 70% or 80%. They can still get very good returns with less leverage than a lot of the companies in Western markets.

But where is the action in the regional PE space? Anecdotal evidence suggests that the key shift in investment flow emanating from the region, post sub-prime, has been to move away from traditional investments into US or European real estate to focusing within the region, especially within the regional infrastructure segment. There have been several instances where potential investors from the UAE have pulled away from advanced negotiations involving equity investment in a Shari’ah compliant mortgage financing business in the US.

The inward looking focus to scout for deals stems from the Gulf governments starting to sell state-owned assets at an increasing rate despite the windfall from higher oil revenues. This is in light of the increasing economic benefits from private sector management which have led the governments to restructure their economies during a period in which a favorable environment exists. Airlines, power stations, desalination plants, industrial assets, postal services, banks, stock exchanges, telecom operators, and ports are some of the assets that have been or will be sold to the private sector either partially or fully. The value of the assets in all Gulf privatization programs is in the hundreds of billions, and some estimates put it as high as US$1trn. Additionally, the estimated investment in the infrastructure and energy sectors is likely to exceed US$300bn over the next few years. Within this positive environment, the PE industry has risen quickly in the Middle East despite the sub-prime shockwave.

Just recently (post sub-prime unraveling), the , a specialist US$500m private equity fund, was established in the Dubai International Finance Centre. The fund is a regional investor, targeting investments in the infrastructure and energy sectors across the Middle East and North Africa. Sponsored by three prominent business groups in the MENA region: DICAM (a wholly owned subsidiary of Dubai International Capital), HSBC Bank Middle East and Waha Capital, it recently concluded its first major investment in the first quarter of 2008. It acquired a minority stake in Alexandria International Container Terminals SAE (AICT), Egypt for an undisclosed sum. The investment represents a significant foreign investment in the Egyptian port sector. AICT is a part of the Hutchison Port Holdings’ (HPH) global network of container terminals.

And this is not a lone example. Region’s first first billion-dollar investment was completed in 2007, when Abraaj Capital took over Egypt Fertilizers Company for US$1.4bn. Abraaj Infrastructure & Growth Capital Fund was the first fund exceeding US$1bn, which paved the way for the entrance of mega-funds into the region.

Though the activity in the PE space has risen considerably in 2007, the number of transactions has stagnated to an extent due to risk aversion on account of concerns bordering the US housing market. Moreover, the largest three transactions have been all in Egypt, whilst the GCC has only witnessed transactions mostly smaller than US$100m, as the flow of privatization transactions in the GCC has not yet materialized. The regional PE industry quickly completed the investment cycle, and the number of exits soared in value in 2007 to more than US$1.5bn. The IRRs achieved by these exits have ranged between 31% and 348%, very healthy returns for a nascent industry.

As an area which could witness robust activity in the region could be the project finance which might be looked at by the private equity fund managers. Over the last few years, Gulf project sponsors had been reaping the benefits of unprecedented international bank liquidity and appetite for regional risk which resulted in record low margins for financings, but the subprime events brought about an abrupt change despite the lack of direct exposure to the problems in the US. Even with crude oil prices approaching the US$120/bbl, economic projects with strong sponsors were suddenly faced with reduced bank lending capacity and higher priced debt. Subprime’s impact was observed first hand as HSBC brought two deals to market in its immediate wake, namely the US$1.37bn Sohar Refinery Company/Oman Refinery Company’s (ORC) refinancing and Qatar’s QAFCO-5 a US$1.6bn fertilizer project (both the deals in late 2007). While the two projects were successfully financed, only two international banks joined the group of 12 financiers on Sohar/ORC, and sponsors on both had to pay higher margins than they would have pre-subprime. As a result of the subprime crisis, Gulf margins have climbed by around 30-50 bps for prime project borrowers and market flex has reappeared for the first time since the immediate aftermath of 9/11. Such deals is where the PE managers are likely to get more active.

One of the largest deals to close this year is expected to be Abu Dhabi Ports Company’s US$10bn Khalifa Port and Industrial Zone at Taweelah, also advised by HSBC Bank Middle East. This deal could set the tone for the PE activity in the infrastructure space in the Gulf.

Apart from infrastructure, real estate is the other avenue where the deal-flow is still robust. Even US investors, once reluctant to put their money into the Arabian Gulf, are being drawn to the region as their domestic market slows. US-based real estate investment funds say they are receiving growing requests about investment opportunities in the region. However, there are places like Dubai which look matured and oversupplied in the near-term. Then there are places like Muscat, Oman where private equity investments is just beginning to happen in the real estate.

But what is the risk amidst such a relatively benign environment? Clearly, inflation is a big worry in the region. According to IMF, inflation in the Gulf Co-operation Council (GCC) is expected to pick up to nearly 8 per cent this year, as the oil-rich region remains awash with liquidity and most members suffer from house shortages. This is putting enormous pressure on the regional governments to de-peg their currencies and adopt a different monetary policy which requires much higher interest rates within the region. This clearly could slow things a bit. This accompanied by a likely decline in energy prices on account of a slowing global economy could result in heightened risk aversion within this space. However, till energy prices are on a rampage structurally, regional private equity space looks set for an extended sunshine.

Disclaimer: The views expressed are the author’s own and do not reflect those of his employer.The author bears no liability that may arise from investments made based on the article.